Vishal-Shekhar to compose music for ‘Pathan’


There’s a new update on Shah Rukh Khan, John Abraham and Deepika Padukone starrer Pathan. For the much-awaited action-packed film, the makers have roped in musical duo Vishal & Shekhar as the composers. Vishal Dadlani took to his Twitter page and confirmed the news while replying to a report by KoiMoi. The musician shared his excitement on giving music to a Shah Rukh film after a very long time.

Vishal’s tweet read as “No number from the past matters, no number in the future is too big! The whole world is waiting to watch @iamsrk! More importantly, we’re all working towards a kickass film with great songs! #Pathan #VishalAndShekhar #SiddharthAnand @yrf @ShekharRavjiani.” 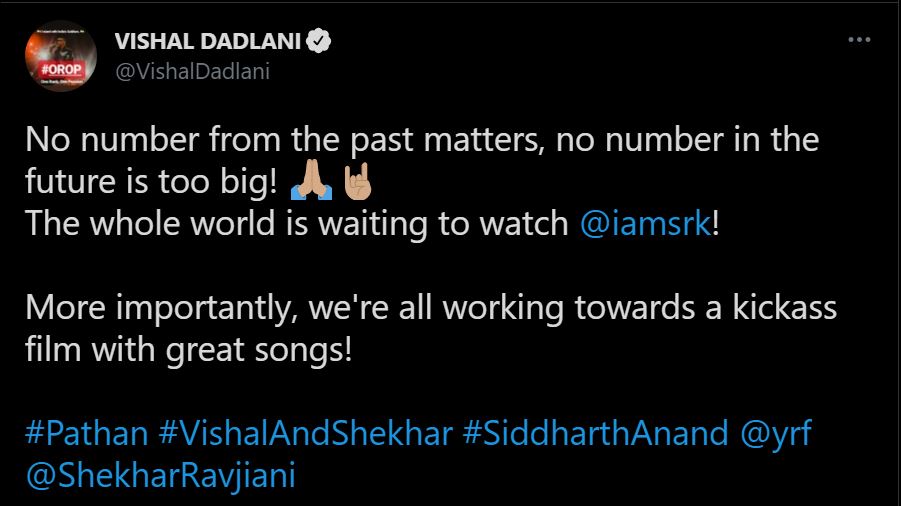 While King Khan had maintained an air of mystery about his comeback film, earlier, during an interview with Femina, Deepika while talking about her lineup of films said, “So, I immediately started with Shakun Batra’s film, which is a relationship story that we haven’t seen in Indian cinema before. Then there is Pathan, an action film with Shah Rukh Khan, next is Nag Ashwin’s multilingual film with Prabhas.”

Pathan also has Salman Khan making a special appearance which will make way for the third instalment of the Tiger franchise. With Pathan, SRK and Deepika have reunited for the fourth time while the superstar will be working with John for the first time.

Meetings Mavens: Wrestling with the New Realities of In-Person Mtgs.