‘The way we play has worked for us for last 5 years, don’t need a huge change,’ says England skipper Morgan 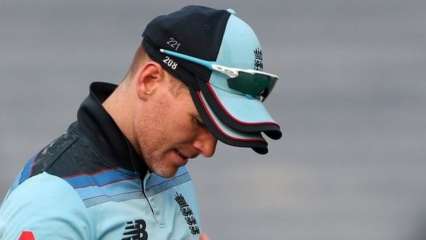 England skipper Eoin Morgan said that they lacked in building partnerships in the middle after a brilliant opening partnership as he assessed his side’s fluctuating performance in the first ODI against India in Pune, on Tuesday. The visitors were bossing the game at a few moments and were on the backfoot at some, but Morgan suggested that there isn’t much change required from the team going into the last two games of the series.

Answering a DNA query in the post-match press conference, Morgan said, “I think the message in which we went about our business today was the right message in which we play and it has worked over the last five years for us. So that’s really encouraging.

“Obviously on the back of our bowling performance and our two openers, the way they played and really controlled the game, is extremely positive. Obviously, the areas we lacked were building partnerships after the openers got out.

“So, [there are] areas of improvement and we will be looking at that and try to build partnerships. But I don’t envisage huge changes,” he added.

England raced to 131 off just 14 overs through high-flying Jason Roy and Jonny Bairstow. However, after that, it all went downhill when they lost their first wicket in the 15th over at the score of 135. England lost their last nine wickets for just 116 runs as they were bundled out for a score of 251 as India won the game by 66 runs.