On Tuesday, Twitter suspended Kangana Ranaut’s account. The microblogging website’s spokesperson said it was due to repeated ‘violations of Twitter rules.’ The events succeeded with designers Anand Bhushan and Rimzim Dadu’s decision to cut off their association with the actor.

This is the result of Kangana’s alleged comments made after a sweeping win by TMC in West Bengal’s assembly elections, which was followed by political violence in the state, which was condemned as hate speech by the designer.

In a statement shared on Instagram, Bhushan wrote, “In view of certain events today, we have taken a decision to remove all collaboration images with Kangana Ranaut from our social media channels. We also pledge never to be associated with her in any capacity in the future. We as a brand do not support hate speech.”

As a quick riposte, Kangana’s sister Rangoli Chandel on her Instagram posted, “This person Anand Bhushan is trying to get mileage on Kangana’s name we are not associated with him in any way we don’t even know him, many influential handles are, tagging him and dragging Kangana’s name with his brand, Kangana charges crores for any brand endorsements but editorial shoots are not brand endorsements, neither we choose nor select those clothes, magazine editors pick that ensemble looks.” 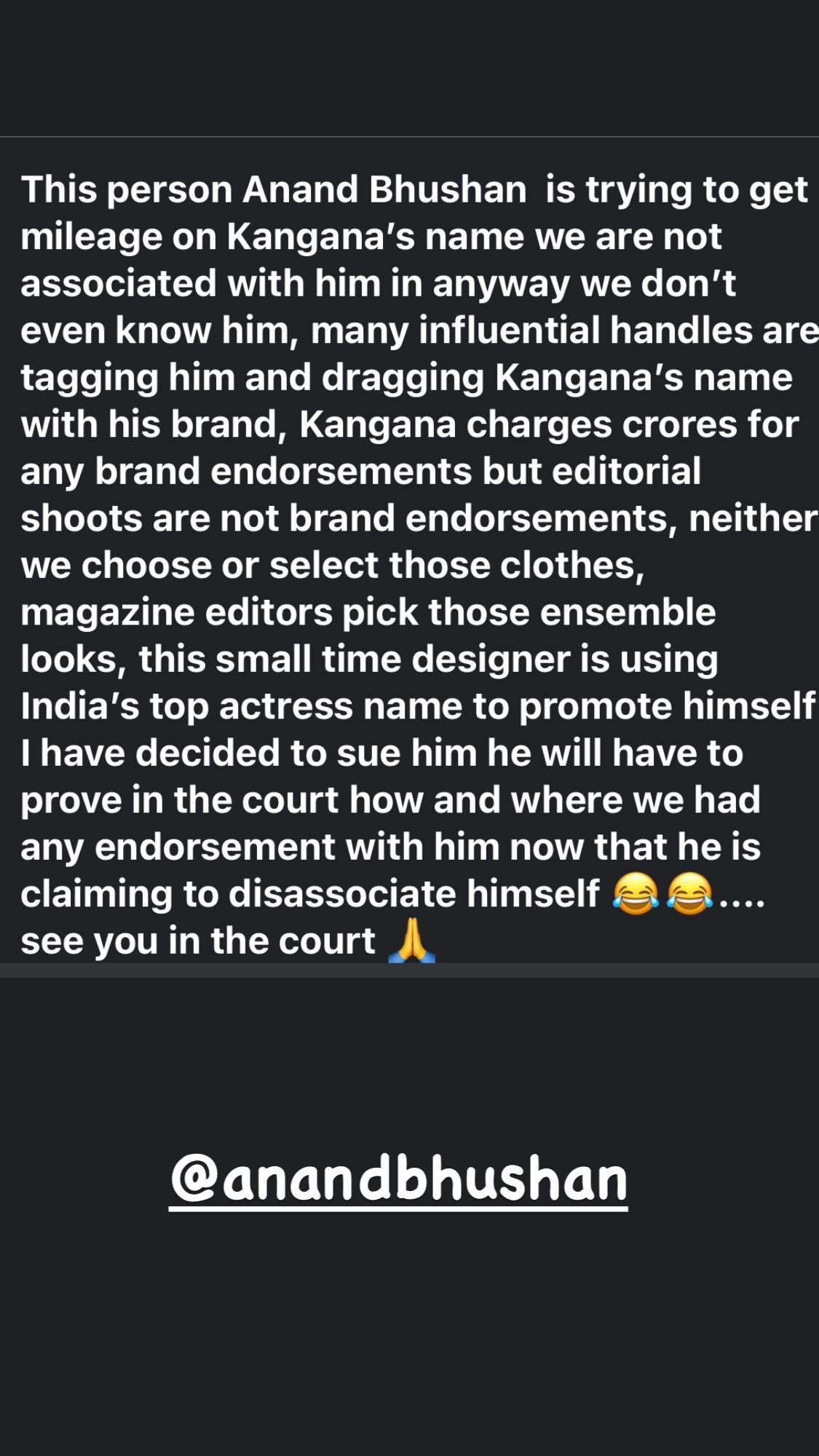 She accused the designer of taking leverage of Kangana’s stardom. The note further said, “This small time designer is using India’s top actress name to promote himself I have decided to sue him he will have to prove in the court how and where we had any endorsement with him now that he is claiming to disassociate himself … see you in the court @anandbhushan.”

Rangoli with a screenshot of Anand’s statement on Kangana’s comment and posted it on a story said, “Are u serious @anandbhushan? Even I want to sue you if you were using Kangana’s pics illegally.” 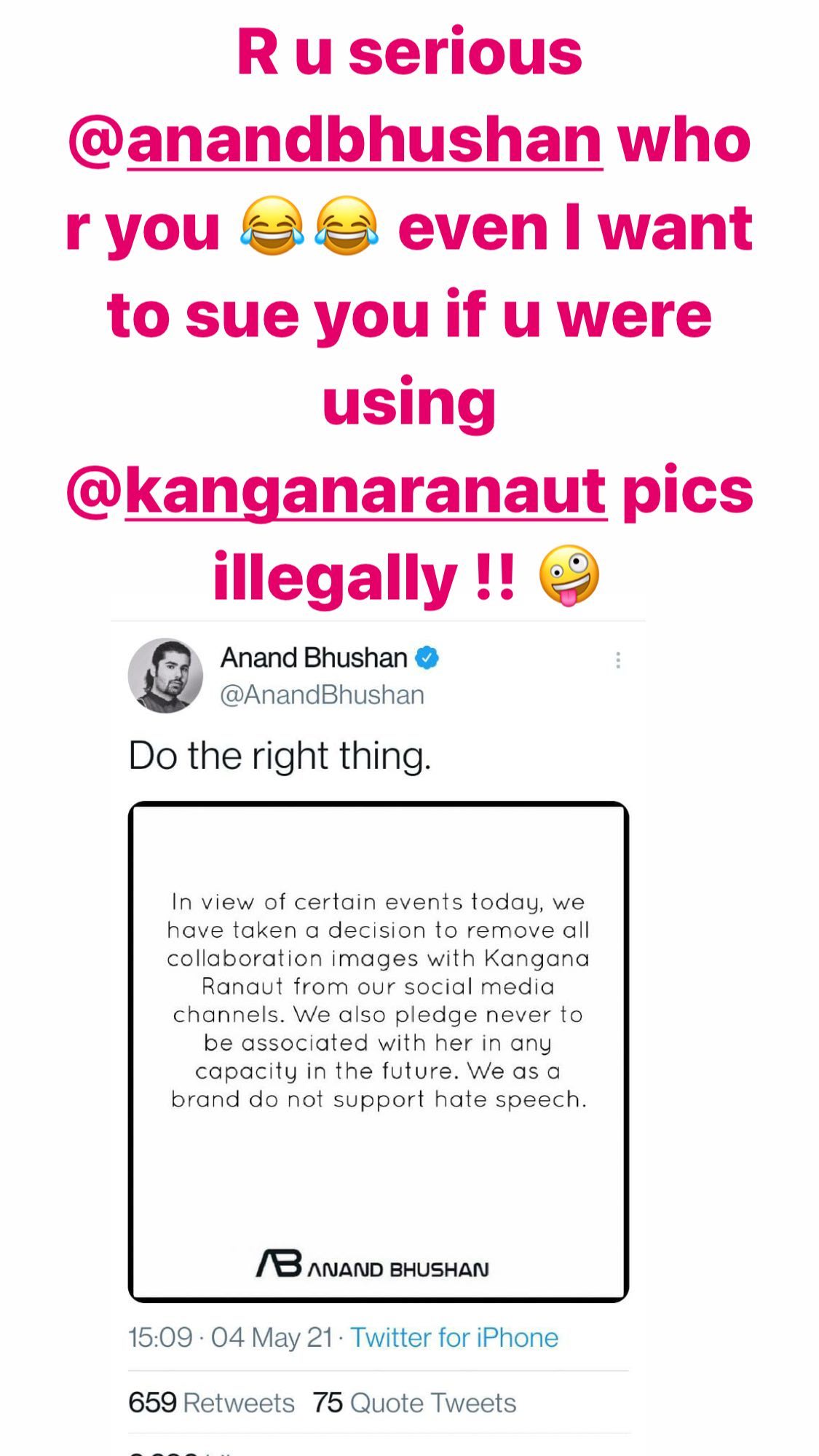 The rift widened with her third post, saying, “Nobody knows you @anandbhushan please sit down, don’t try to be famous at others’ cost.” 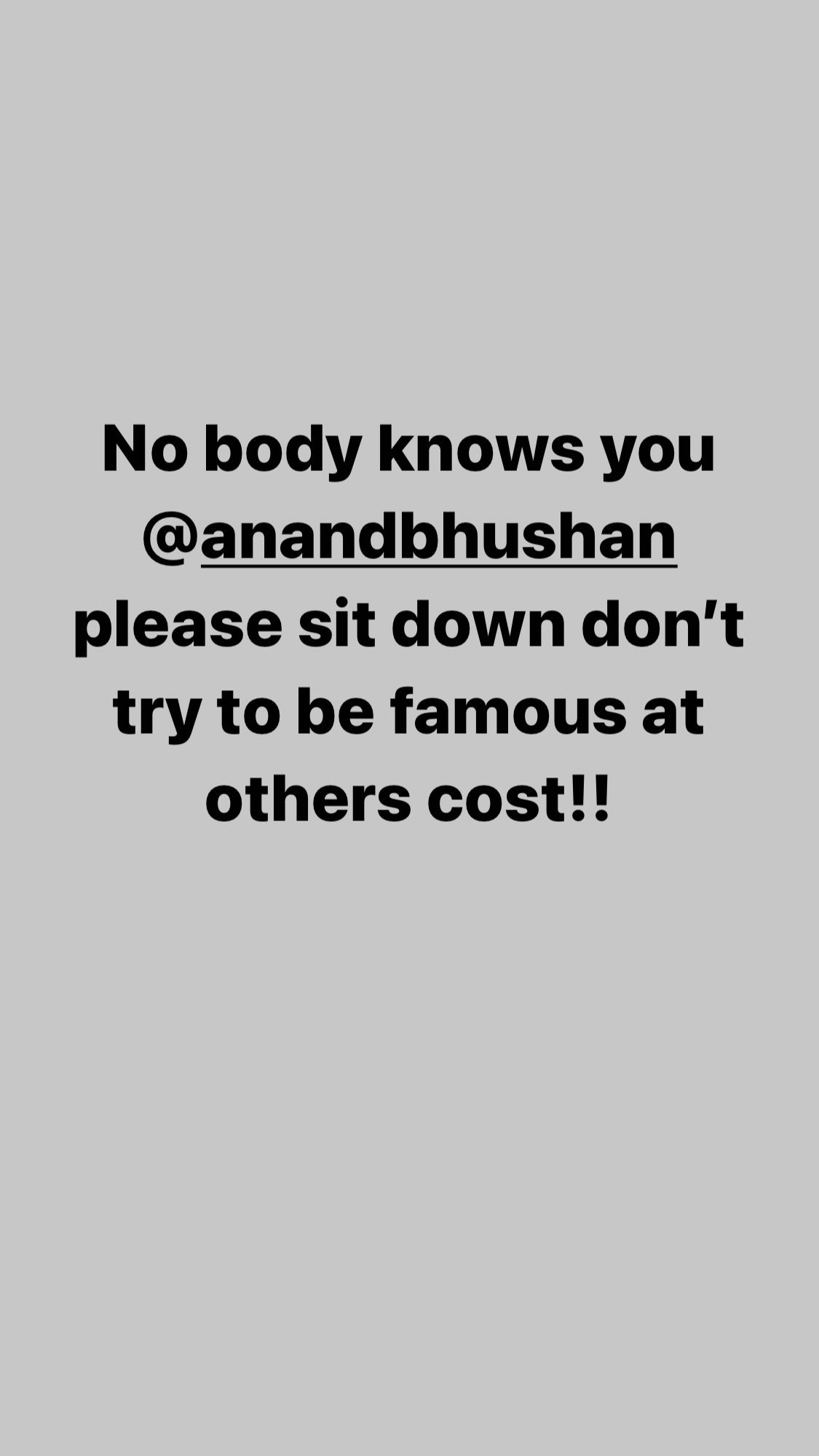 Meanwhile, Kangana, on her account suspension, said this only proves that a white person by birth feels entitled to enslave a brown person. She further made her point that her voice cannot be shunned as she has her cinema and various other platforms to voice her opinion.