“NH10 was our attempt to break-away from stereotyped cinema,” says Anushka Sharma on six years of film 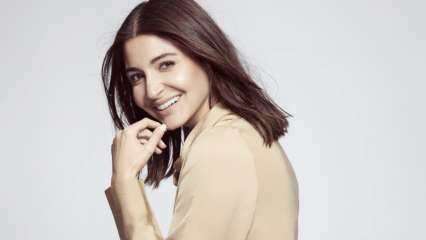 Actor-producer Anushka Sharma’s journey as a successful producer began when she delivered the clutter-breaking ‘NH10’. On the sixth anniversary of the cult hit, Anushka said she is proud that she is considered a force to be reckoned with, who is always striving to change the narrative for the content in India.

“I was told by many that I should concentrate on my film career and not get distracted by production. Today, I can’t imagine myself without NH10, Pari, Phillauri, Bulbbul, Paatal Lok and the exciting projects that lie ahead. The journey started with NH10 and while it started with a bang, I can tell you that I was a clueless producer,” said Anushka. She added, “I was young, I had to really take time out to understand the ropes of production and I’m thankful that I had my brother Karnesh (Ssharma) who shared my vision and passion of giving clutter-breaking content to audiences. I had a head full of dreams and my brother really fanned my thoughts and brought his strong content sensibilities to the fore. We were and are a great team.” Anushka was just 25 when she decided to shape the content landscape in India. The Bollywood star said, “I’m glad I took the punt at 25 and if I have been able to change the discourse of being a female producer in town who is always looking to be disruptive, I consider myself fortunate. I have always felt a responsibility to stand for good content and deliver fresh entertainment to audiences. NH10 was our attempt to break-away from stereotyped cinema, stereotyped films with women protagonists, and wow audiences.” Anushka reckons NH10 to be a film that has had several deep impacts in Bollywood. She says, “NH10 was a necessary film to shake things up for women actresses. NH10 showed how a woman can fight to survive, can stand up for herself. I’m glad I became a producer with an important film in our cinematic history.” Anushka added, “I’m glad that I chose to be an actor-producer and I’m lucky that I was successful doing both. It definitely helped in showing our industry that actresses are not unidimensional. It was an important step to change the narrative in our industry.”