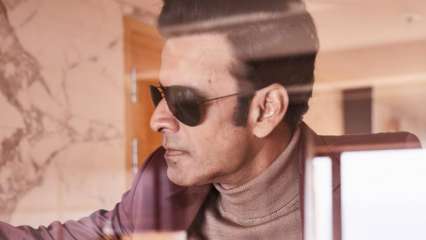 Manoj Bajpayee recently recovered from COVID-19 after he was tested positive during a shoot. The actor now has revealed that his road to recovery was not that easy and was painful. Manoj shared that he was shooting for Dispatch directed by Kanu Behl and both his wife and daughter also showed symptoms along with him. The National Award-winning actor revealed he was reading scripts during his quarantine time.

Manoj told Hindustan Times, “I was in the middle of a shoot, Dispatch directed by Kanu Behl when a few of us showed symptoms. It’s been a tough ride. I got the infection home, I and my wife were down with all the symptoms, which were quite pronounced while protecting our 10-year-old daughter. Our condition was worsening, I must say that we are recovering well.”

On his quarantine activities, Bajpayee revealed, “I watched a few shows and films as well, that’s the life of an actor. Our daughter needs a lot of time. Mostly all of us were in separate rooms, communicating from a distance. Now she wants a lot of playtimes, wants us to sit next to her while she does homework, during online classes. We are at a distance definitely. It has been a mixed bag.”

Meanwhile, on the work front, Manoj was last seen in ZEE5 Original film Silence… Can You Hear It? alongside Arjun Mathur and Prachi Desai.

His next outing his Family Man 2 with Priyamani, Sharib Hashmi and Samantha Akkineni. The show is likely to stream this summer on Amazon Prime Video.