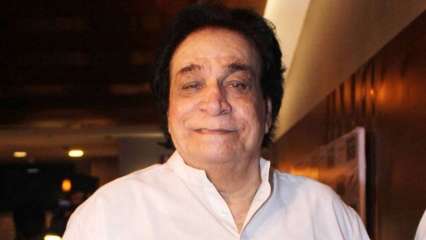 In a tragic piece of news, late actor Kader Khan’s eldest son Abdul Quddus died in Canada. The news was shared by celebrity photographer Viral Bhayani via an Instagram post. Quddus was the late legendary actor and writer’s son of his first wife. The reason for Abdul Quddus’ death is not yet known.

For the unversed, Kader Khan had also breathed his last in Canada at the age of 81 due to prolonged illness.  The funeral of the veteran actor, who passed away on January 1, 2019 (India time), was held in Toronto.

The last rites were performed in the presence of a large number of people, including his three sons — Abdul Quddus, Sarfaraz Khan and Shah Nawaz Khan — in a mosque.

Share
Facebook
Twitter
VK
WhatsApp
Linkedin
Telegram
Previous article‘My dream is to get the wicket of THIS Indian star’, says 17-year-old Pakistan spinner Faisal Akram
Next articleBuy a pass to Disrupt 2021 and get a free Extra Crunch membership – TechCrunch
- Advertisement -