Kartik Aaryan tests positive for COVID-19, asks fans to pray for him 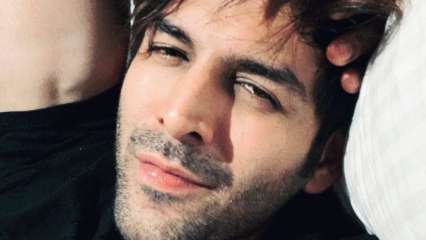 A few days after walking the ramp for Manish Malhotra along with Kiara Advani, Kartik Aaryan, on Monday, announced that he has tested positive for COVID-19.

The actor shared a plus sign on his social media account and wrote, “Positive ho gaya. Dua karo (sic).”

It was on the weekend that Kartik and Kiara, who will be seen together in Anees Bazmee’s Bhool Bhulaiyaa 2, walked the ramp on day four of the ongoing Lakme Fashion Week 2021.

Manish took to Instagram to share a picture from the show and wrote, “The dapper and the beautiful @kartikaaryan and @kiaraaliaadvani forever gorgeous you two. Always love for both of you @lakmefashionwk @fdciofficial @nexaexperience.”

The teaser for Kartik Aaryan starrer Dhamaka was also released recently. Directed by Ram Madhvani, the film stars the actor as a journalist covering a hard-hitting incident of a bomb-blast in realtime. In the teaser, Kartik could be seen as a stressed reporter who wants to get away from the coverage. However, his boss played by Amrutha Subhash urges him to get a hold of himself and continue with the reporting.

Dhamaka is skipping a theatrical release and will be directly streamed on Netflix. The streaming date is yet to be announced.

Dhamaka went on floors on December 14, 2020, at Renaissance in Powai, the thriller witnesses Kartik Aaryan as a journalist for the first time showcasing an intense avatar of the actor.

On the work front, Kartik has Bhool Bhulaiyaa 2 opposite Kiara, and will also be seen in Dhamaka and Dostana 2 opposite Janhvi Kapoor.