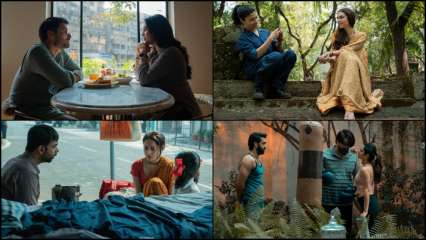 Netflix described the premise as “Ajeeb Daastaans will showcase four diverse stories exploring human flaws and emotions like jealousy, entitlement, prejudices and toxicity, which are often entangled at the heart of a relationship. The films raise questions that will leave you with a dilemma between what’s right and what’s wrong as the lines get blurred.”

Check out the teaser below:

Ajeeb Daastaans is written by Neeraj Ghaywan, Shashank Khaitan, Sumit Saxena and Uzma Khan. It’s all set to stream on Netflix from April 16, 2021.

The film was announced during the 2021 slate of Netflix during which Karan Johar was a part of the event. The filmmaker has earlier directed two segments in two anthologies namely Lust Stories and Ghost Stories for Netflix. He also produced the hit Fabulous Lives of Bollywood Lives for the streaming platform. Moreover, a few films by Dharmatic namely Drive, Gunjan Saxena: The Kargil Girl and Guilty has streamed on Netflix.