Sports presenter Sanjana Ganesan has been very active on social media since tying the knot with Team India and Mumbai Indians pacer Jasprit Bumrah in Goa last month and the fans are going gaga over the couple’s cute moments on social media.

While Sanjana has taken the internet by storm with her gorgeous pictures, husband Jasprit Bumrah is not far behind in heaping praises on the pictures and on the person, who clicked the pictures, i.e., himself. While Bumrah commented on Sanjana’s last to last picture, complimenting the cameraperson, he didn’t on her wife’s latest picture and the fans were left wanting for his comment on the same. 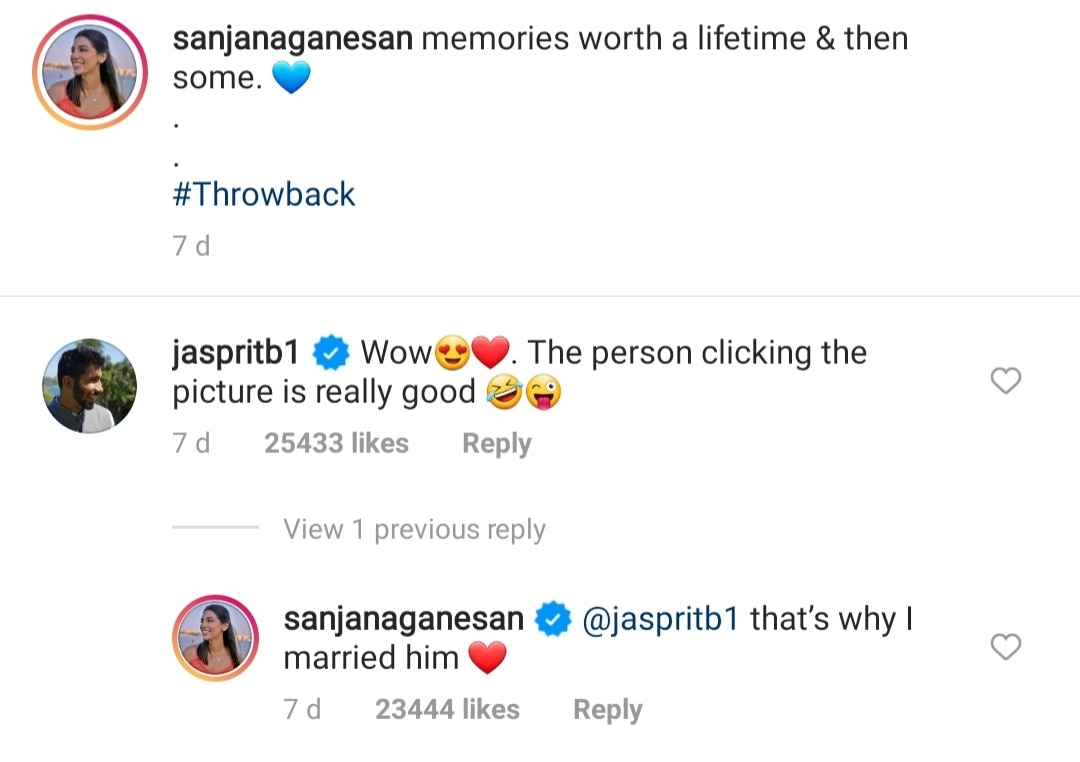 In the latest picture Sanjana posted on Instagram, she won her fans’ hearts with a beautiful smile. She captioned the post saying, “smile. be grateful. see the good in people.” The user’s reply on the post went viral as it received over 400 likes in just one day.

Bumrah, who took a break from international cricket to get married, will be seen in Mumbai Indians’ colours once again in the upcoming edition of the IPL starting on April 9 in Chennai.