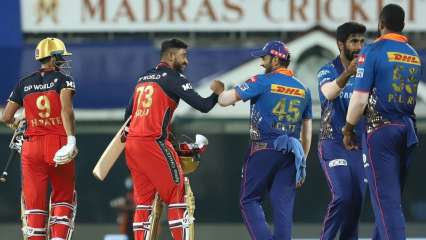 Building on the unprecedented success of the Indian Premier League (IPL) last year, the Star India network has clocked 323 million total impressions for the opening match of the 2021 edition of the IPL. The opening match between defending champions Mumbai Indians and Royal Challengers Bangalore (RCB) received a tremendous response, bigger than opening matches of all other IPL editions held previously other than IPL 2020 and 42 per cent* higher than the edition in 2019.

Since acquiring the media rights for the league, Star and Disney India have invested in and grown the league year-on-year, taking the most popular sporting event in the country to greater heights. This year, nearly every third TV-owning household in India watched the opening match live.

“We are delighted with fans’ response to VIVO IPL 2021. Almost 10 billion* minutes of consumption (9.7 billion) for the opening match of the tournament shows how eagerly anticipated the season was, despite just a four-month gap between the two seasons. We are confident that viewers’ interest will continue to grow as the tournament progresses,” said a Star Sports spokesperson in an official statement.

“We are committed to delivering an immersive experience that takes fans confined at home closer to the action. We also urge everyone to stay home as much as possible, take all precautions and be safe during these difficult times,” the spokesperson added.

IPL 2021 is being broadcast in seven languages, custom-designed from the ground up for viewers of that region. With a team of 100 commentators across language feeds for the 14th season of the tournament, the illustrious panel is guaranteed to keep the audience gripped with live commentary in the language of their choice.

The Select Dugout panel for the tournament includes a decorated set of experts such as Scott Styris, Brian Lara, Brett Lee, Graeme Swann, and Dominic Cork. And the experts are delivering detailed analytical commentary to create deeper fan engagement.