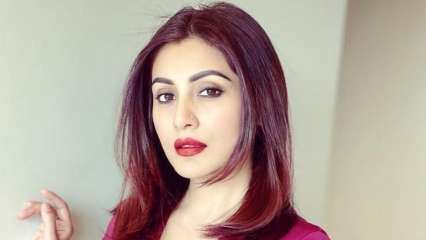 “It was a conscious decision from my side because I was tired of doing comedy movies and I was also being typecast as a comedy film actor,” shares Rimi Sen on being asked why did she suddenly call it quits after her 2011 releases ‘Thank You’ and ‘Shagird’.

Rimi, who is all set to make a comeback in the Hindi film industry after a hiatus of over a decade, continued,  “Actors who do comedy films do few other sensible movies also to balance it out. So, I consciously decided to let go of similar offers and looked at doing something different. So, I approached makers like Sriram Raghavan and Tigmanshu Dhulia and then I did ‘Johnny Gaddar’ and ‘Shagird’. But, unfortunately, those films did not do well. It was like a long fight. And then I thought of becoming a producer-director someday and do my own kind of films, so that is why I took a long break. Now, I am working on a couple of projects, web series (producing) which might take some time and maybe by next year we will be able to announce something.”

When asked if she will be producing and starring in the project, Rimi told DNA, “No. I wasn’t even thinking of acting again when we started working on this project. It’s only recently that it came to my mind that I should make a comeback after I got back in shape, rediscovered myself and got involved in the creative process.”

Opening up about her decision to make a comeback, Rimi averred, “I was very disappointed and I gave up. But now, after OTT came into existence and after watching such intelligent content and impressive actors, I thought to myself, now it’s not like those days when there was one heroine, one villain and four heroes.”

Sharing why she thought this was the perfect time for her to start her second innings in films, Rimi continued, “In our days, a heroine’s role was that of furniture in a film. But now, girls have so much more to do. Today, making a women-oriented film or web series is not a big deal, like it was back in our times. You needed a big star to pull the crowd to the theatres, otherwise, no one would come to watch films. But now, it has become very easy, approachable. That is why I feel there is an opportunity for me to play my second innings. This time is perfect!”

When asked how has she prepared herself this time around, Rimi told DNA in an exclusive chat, “I have prepared myself. Earlier, I was very careless and not very serious about this profession. I came to act, I was a model and was getting paid well and I did not know anything beyond these two things. But, I was very careless about myself and did not take things seriously. And when I did, at one point in time, then I decided I don’t want to do comedy films. But then when I did Shagird and Johnny Gaddar and it did not work, then I gave up.”

On being asked if she thought she ever thought she could have been a part of ‘Dhoom 3’, Rimi said, “I did not want to take part in anything. I wanted to completely disappear. My PR was zero. I never did all of that for myself. I would only promote my films when they were about to release. But, it is very important because ‘jo dikhta hai wohi bikta hai’. This is a reality. She added, “I always believed that do a film, act well, look good and then disappear. But that’s not how things work. You need to be in the system.”

Sharing what kind of projects she will be considering for her comeback in the industry, Rimi said, “I’ll be considering sensible projects like ‘Scam 1992’, ‘Mirzapur’ etc. Projects which have a strong role for women. For me, acting matters! In today’s time, the content is so good, the volume of work has gone up, so somewhere there is a chance that you might click. Back then, there was a very niche audience for sensible content.”

But do you fear being lost in the crowd? “Depends on the project that I choose. If I choose a project like that, then I might fail. But, I am ambitious, not desperate for work. Only if I find something worthwhile, I’ll take it up. If not, then, of course, I won’t because I have already left all of this behind. I don’t want to repeat the past and be disappointed.”

She added, “The difference is, that time I worked for survival, now, I want to work as a hobby. And this difference is what changes everything. If I get something that draws me to it, well and good, if not then at least I will know that I tried.”

On the topic of nepotism in the industry and answering, if it will in any way affect her work considering so many star kids are making their debuts, Rimi said, “Every industry works like this. It is obvious that star kids will get a preference, but because of that people can’t stop working or trying their luck.”