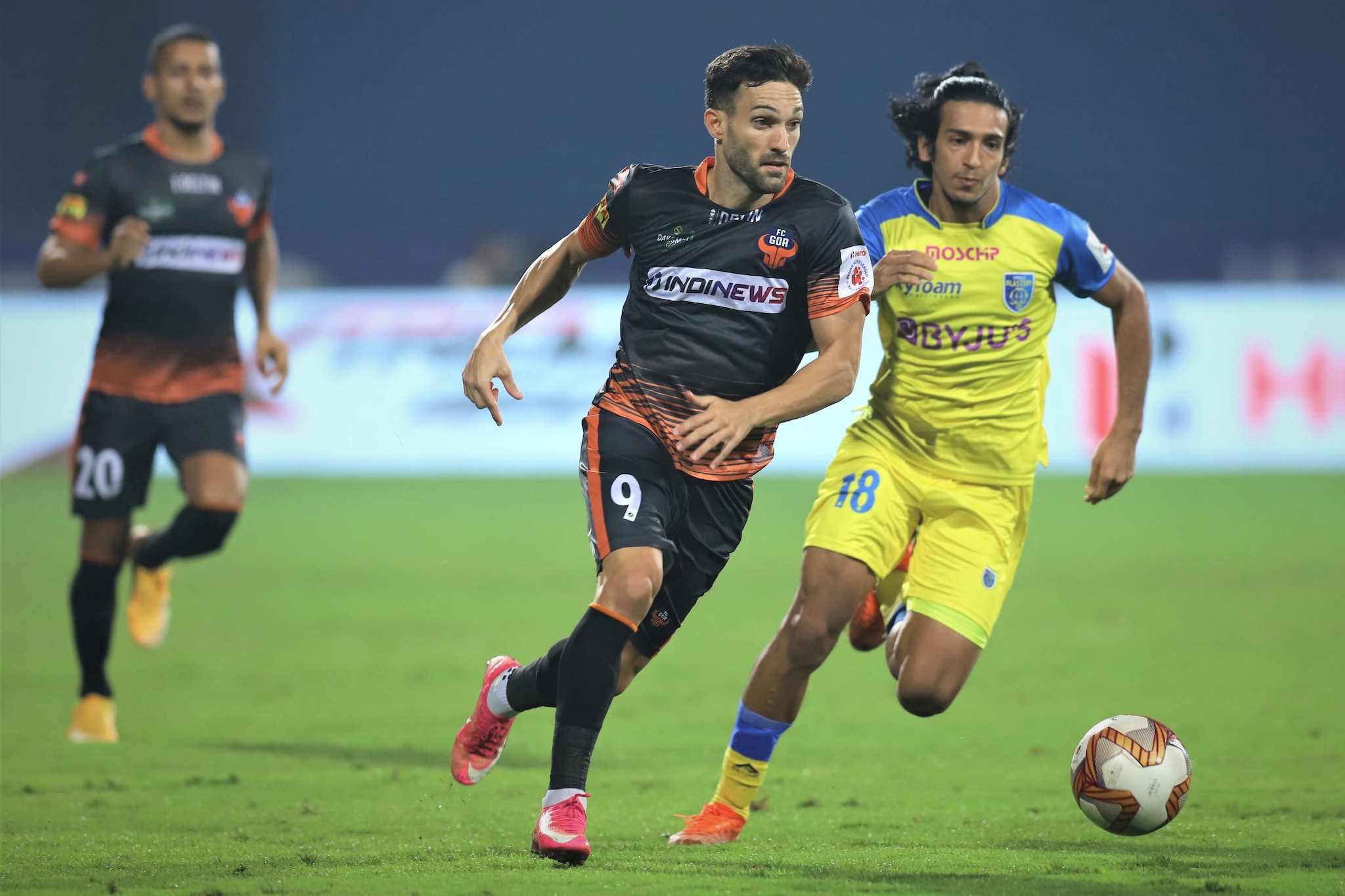 ISL 2020-21 Live Score, Kerala Blasters vs FC Goa Latest Updates: Kerala Blasters have equalised and it is their last game’s hero Rahul KP with the equalising goal. Facundo Pereyra floated in a ball from the corner quadrant, Rahul ran in from behind and headed home past Naveen Kumar. It was FC Goa who broke the deadlock in the match. The Gaurs won a free-kick on the right-hand side of Kerala Blasters goal, Ortiz stepped up and fired in goalwards. The ball on its way took the faintest of touches of Sahal’s head. That touch was enough to beat Albino. The KBFC custodian should have done better there. Kerala Blasters on the other hand have not had a single touch in FC Goa’s box so far. However, they had a goal disallowed due to handball. Match 68 of the Indian Super League season 7 is being played at the GMC Stadium in Bambolim.

“We are competing in every match till the end. In the last three matches, we competed well. We played well and we got the points,” he said.

However, on Saturday, they take on a side that has dominated games with maximum possession, having remained unbeaten in the last five games. Kerala have conceded 21 goals against Goa, the most against any team since ISL4.

“It’s true that tomorrow is a different game. It’s against a good team that plays good football but we are trying to recover the players and prepare for the game as much as possible,” said Vicuna.

“They are a good team, very well prepared with fantastic players. They are playing well. They have very dangerous players. (Igor) Angulo, (Jorge) Ortiz and Romario Jesuraj are playing well. I hope that tomorrow in the game, we are going to be better. And also creating more chances than at the beginning of the season,” he added.

Vicuna’s side is currently in ninth position but they are just four points away from fourth-placed Hyderabad FC and the coach sounded optimistic. “We are happy that we are close (to the top four) after the last game but we are focusing on the next game.”

Goa have been in top form as they have clawed back their way to the top three, putting up impressive performances. Juan Ferrando’s men are the comeback kings of the league, having earned ten points after conceding first.

“We play as a team. We fight until the last minute. Each player has to fight. They know that they will not be in the squad if they don’t do that. You will win some or lose some, but fighting is the most important thing,” stated Ferrando.

“It will be a very difficult game (against Kerala). They have been trying to play good football. They have different plans and are making the most of free spaces. They have a good squad,” he said.

Global airline passenger capacity in 2022 will grow 47 percent year over year, reaching 2015 levels, according to...
Health