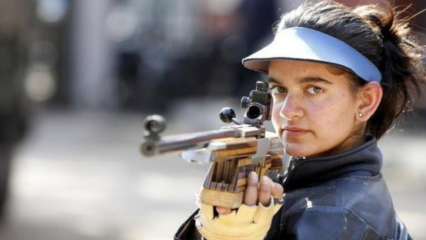 Hosts India had a good opening competition day as three shooters, world number one Divyansh Singh Panwar and Arjun Babuta in the Men’s 10M Air Rifle and Anjum Moudgil in the corresponding women’s event, made it through to the finals at the end of the 60-shot qualifying round at the Dr Karni Singh Shooting range on Friday.

The men started the ball rolling as India number two Arjun Babuta shot a high-quality 631.8 to finish third in the 39-strong field. World number one Divyansh Singh Panwar also followed him to the eight-man final slated for Saturday, with a 629.1 which gave him sixth position overall.

Nam Taeyun of Korea topped the Men’s field with a 632.1 and given his current world rank of 18 and the fact that all other finalists are not eligible except his own teammate Choo Byounggil who is ranked way below him, should bag the only available Tokyo Olympics quota based on world rankings. Deepak Kumar, the third Indian in the field finished 12th with a score of 626.4.

In the Women’s 10M Air Rifle, world number four and Tokyo quota holder Anjum Moudgil was the lone Indian to qualify. She shot 629.6 to come in second in the 48-strong field, behind Hungary’s Denes Eszter who shot 629.8.

Our #TOPSAthlete @anjum_moudgil has qualified for the women’s 10m air rifle final at the @ISSF_Shooting World Cup in Delhi with a score of 629.6 which placed her 2nd. The final will take place tomorrow. #WorldCup #GemsofSAI #JeetengeOlympics pic.twitter.com/iX0yg8Z0p4

World number one Elavenil Valarivan of India missed out, however, finishing 12th with a score of 626.7. So did her teammate Apurvi Chandela who finished 26th with 622.8.

The world-ranking quota in the Women’s event is up for a fight though, with Dane Ibsen Rikke Maeng (world rank 11) and American Mary Tucker (world rank 20) making it to the finals among others.