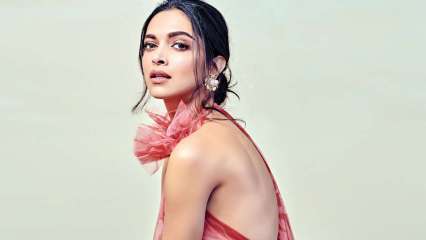 Bollywood star Deepika Padukone on Saturday treated fans to a super adorable throwback photo from her childhood days adding a quirky caption to it.

The latest to jump on the ‘Indiranagar Ka Gunda’ meme bandwagon, Deepika called self ‘gundi’ in the caption alongside the throwback photo.

A recent advertisement featuring ace cricketer Rahul Dravid in a super angry avatar surfaced on social media triggering a horde of memes. In the video, Dravid yells ‘Indiranagar ka gunda hun’ while stuck in traffic. Dravid is seen as uncharacteristically angry and shouting in the ad.

Indiranagar is a locality in Bengaluru, which is the hometown of both Padukone and Dravid.

The ‘Om Shanti Om’ star hopped on to Instagram and put out a priceless picture from her archives and wrote alongside it, “Indiranagar ki gundi hoon main!” and added a laughing with teary eyes emoticon.

The picture sees Deepika dressed up in winter clothes a hand-knitted white cap and a light brown sweater with blue stripes and peach coloured pants with pink woollen socks. The tiny tot is seen chewing on something as she keeps her hand close to her mouth. With fringes peeking out of the cap, baby Deepika who is seen sitting on the floor by her bed sports a smile as she looks at the camera.

Reliving her childhood with the photo, the snap is truly a treat to Deepika’s fans who look forward to seeking glimpses of the childhood pictures of their favourite actor.

Celebrity followers including Neena Gupta and lakhs of fans liked the post on the photo-sharing platform.

Fans couldn’t stop gushing over their favourite star and left red heart and heart-shaped eyes emoticons over the post.

Meanwhile,  on Thursday, launched her own website, and her actor-husband Ranveer Singh made sure to pen a note for her on it. In his post on the website, Ranveer mentioned how Deepika is made for ‘greatness’.

Deepika’s website also has a biography section featuring glowing credentials from some of her industry friends and colleagues. However, the most wonderful of them all is Ranveer Singh’s statement, where he couldn’t help but gush about his wife.

On the work front, Deepika has an impressive line-up of projects in the pipeline including ’83’, ‘Baiju Bawra’, ‘Fighter’, ‘Sanki’, ‘Pathan’, and Indian adaptation of Nancy Meyers’s 2015 hit Hollywood film ‘The Intern’.

(With inputs from ANI)