Breakfast Around the World > CULTURS — lifestyle media for cross-cultural identity 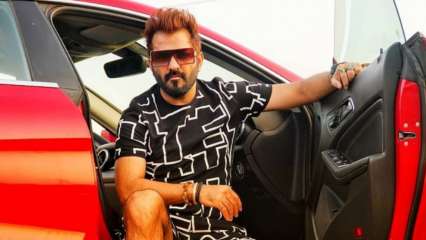 ‘Bigg Boss 14’ fame Manu Punjabi fulfilled his lifelong dream as he bought a luxury red car on Tuesday. Manu took to social media to give a glimpse of the red beauty.

While speaking to ETimes TV, after he bought the car, Manu said, “When I was a kid, I would always dream to own a branded car, specially a Merc and in red colour. It has been a dream. However, I am missing my mom. Had she been here, the celebrations would have doubled up.”

Manu also said, “I was aware how expensive the purchase would get. Hence I waited for the right time. At this moment, I bought the car very smoothly. There wasn’t any load financially. I wouldn’t ever buy a car to just show-off. I was financially stable enough to buy the car and fulfill my dream.”

On the work front, Manu was last seen in Salman Khan’s reality show ‘Bigg Boss 14’ but had to exit the show because of some medical issues. For the uninformed, Manu had first made an entry in the entertainment industry with ‘Bigg Boss 10’ as a commoner and had instantly made fans. He will now be seen in several music videos and also had film projects lined up.

Breakfast Around the World > CULTURS — lifestyle media for cross-cultural identity

How do different countries and cultures start the day in their breakfast? U.S.A. – Breakfast People in the U.S.A. choose...
Opinion

How Biden Is Reshaping The Courts