Aaliyah Kashyap, director Anurag Kashyap’s daughter, is turning up the heat in her latest pictures on Instagram.

The social media influencer, who recently made headlines after she took to her Instagram handle to post screenshots of rape threats she has been receiving, among other derogatory comments, after she shared a photograph in lingerie on social media, is setting the internet on fire with her bikini pictures as she poses enjoying her spring break with friend Ida Ali at Newport Beach in Rhode Island in the US.

On Wednesday, Aaliyah took to Instagram to share a few photos clad in a blue printed bikini while basking in the sun.

The said photos of Aaliyah and Ida enjoying their time together are now going viral on social media.

Take a look at the pictures here: 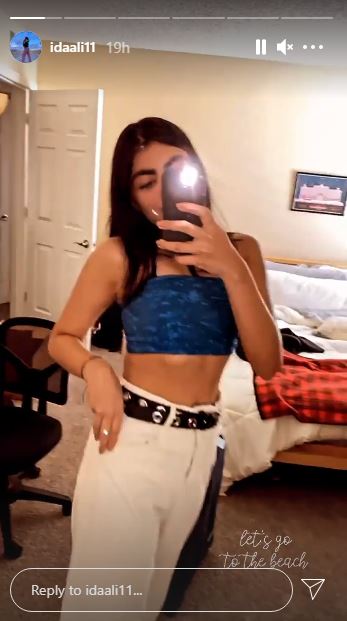 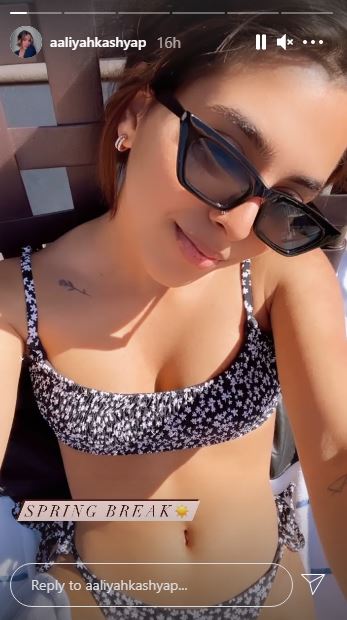 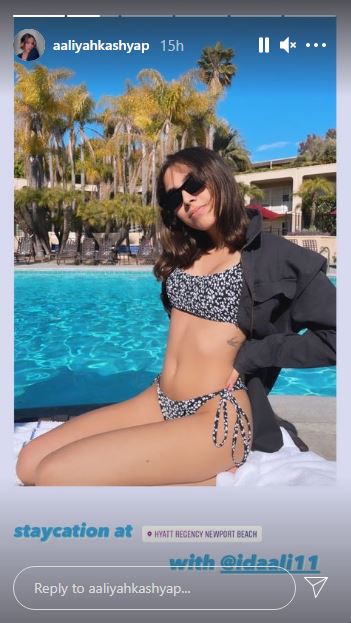 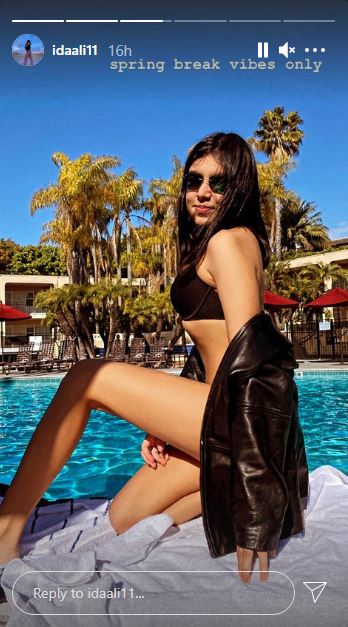 Earlier, in February, Aaliyah who is a student in the United States, posted a video on her YouTube channel, in which she answered questions by fans about her boyfriend Shane Gregoire, Bollywood, and how she had cried after being trolled for posting lingerie photos.

Speaking about how she makes it work with Shane, Aaliyah said, “Shane and I don’t really argue or anything. If something does come up, we just talk about it. Like, we have a conversation about it and then move on. I think that is the best way to deal with disagreements in a relationship, just to communicate, instead of fighting, screaming, and arguing with each other.”

Aaliyah also spoke about how she was ‘crying constantly’ after the backlash she faced for posting pictures in lingerie. Aaliyah said, “So social media negativity is something I have come to terms with. Like, I am a very sensitive person and even the smallest bit of hate does affect me, but I don’t know. I’m sensitive, I cry almost every day about the dumbest s**t.”

Talking about the hate she received for sharing pictures in her underwear, Aaliyah said, “People were telling me that I should be ashamed of being Indian and posting stuff like that. People were sending me rape threats, calling me a prostitute, DMing me and asking me what my ‘rate’ was, sending me death threats, s**tting on my family. That whole incident of the picture got me a lot.”

In her YouTube video, Aaliyah also revealed that she has no plans of joining the film industry. “The movies my dad makes aren’t very commercial. I obviously grew up watching my parents but for me, it seems normal because that is what I grew up watching. So, it’s not like, ‘Oh my God, it’s Bollywood’. I don’t get fascinated by it. That is not what I want to do, I am trying to stay away from it.”