Zain Kapoor destroys mom Mira Rajput’s makeup sponge, Shahid Kapoor writes ‘so happy he is filling in for me’


Mira Rajput Kapoor recently did an Instagram live for which she decked up beautifully. However, amid all the chaos while getting ready for the live, there was another interesting turn that took place with Mira. She took to her Instagram page and shared a reel in which she is heard talking about her lost makeup sponge which she found in an inflatable pool, courtesy of her son Zain Kapoor.

In the video, Mira says, “Hey guys! So today when I was getting ready for my live, and could not find my makeup sponge. Guess where I found it?” She then directs towards the pool and shows the state of the sponge by adding, “Inside an empty, inflatable swimming pool! Looking like this.”

Mira captioned the video stating, “#Kidshappen Has this happened to any of you or am I the only one? #millenialmomfail #shithappens.”

Meanwhile, Shahid Kapoor left a hilarious comment on Mira’s video by writing, “I’m so happy he is filling in for me and keeping you entertained.” To which Mira replied, “@shahidkapoor hahaha #notmygenes.” 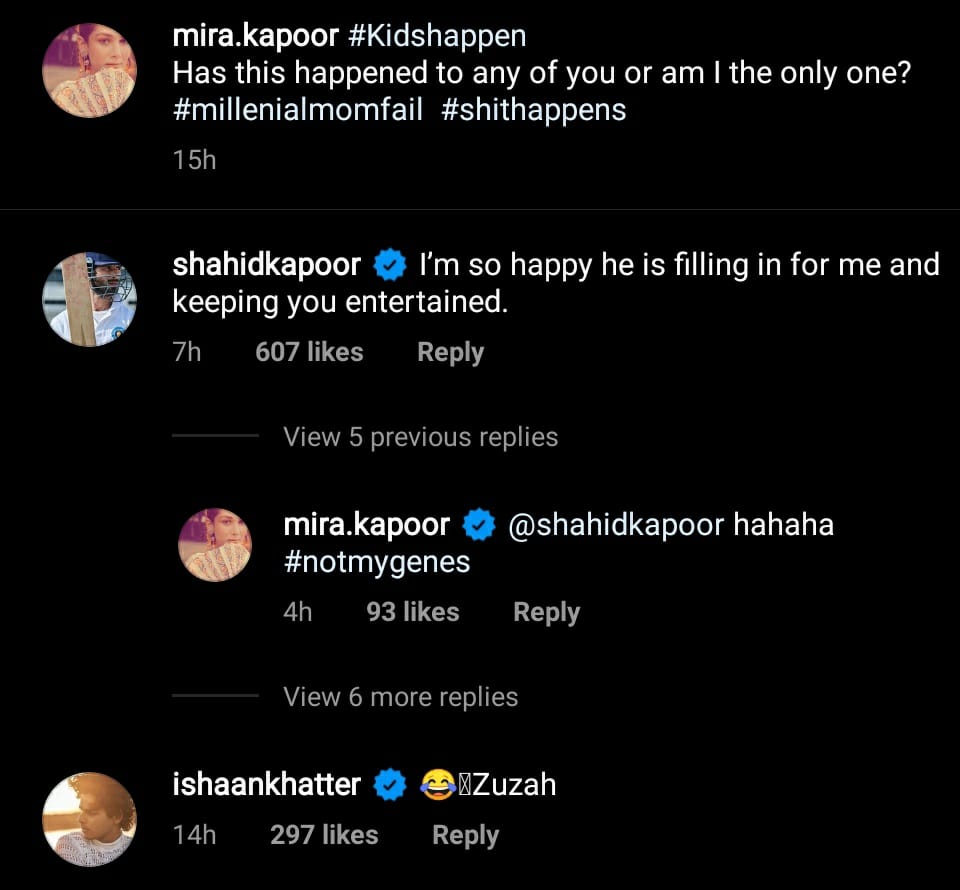 Earlier while talking about being parents to two kids, Shahid had said, “Our kids are the first two projects we actually did together. One year into an arranged marriage, when you haven’t spent enough time together [earlier], you really evolve around each other.”

Meanwhile, on the work front, Shahid will next be seen in Jersey in which he will be seen opposite Mrunal Thakur. The film is slated to release on the big screen later this year.