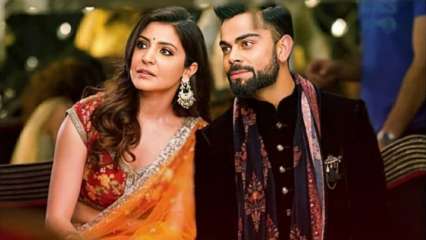 Virat Kohli apart from being a successful and loved Indian skipper often makes headlines for his loved-up moments with his wife and actor Anushka Sharma. The couple tied the knot in 2017 after being together for many years. During media interactions, Kohli has only praiseworthy and adorable moments with Anushka to talk about his off-field moments. However, that was not the case before she came into his life.

Check out the cute video below:

A couple of years back, Katrina had shown her batting skills on the sets of Bharat while playing cricket with her team. She wrote, “Pack up ke baad #bharat sets as the World Cup nears @anushkasharma perhaps u could put in a small word for me with the captain of the team, some room for improvement in my swing but overall, not a bad all-rounder #apnatimeaayega @kkulsumsyeda.”

Meanwhile, currently, Virat is busy with the ongoing season of IPL where he is leading the Royal Challengers Bangalore team. During the opening match against Mumbai Indians held in Chenna on Friday, RCB won by two wickets.