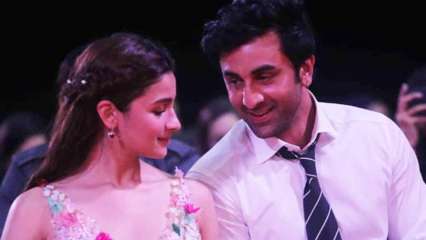 Parveen Babi has been grabbing headlines recently after actor Kabir Bedi spoke about how he met the late actor, they fell in love, and how she was the one to eventually leave him, in his memoir ‘Stories I Must Tell: The Emotional Journey of an Actor’.

While the interest in the late Parveen Babi intensifies, let’s take a trip down memory lane when Ranbir Kapoor had suggested that his girlfriend, Alia Bhatt, would be the perfect choice to play Parveen if a biopic was ever made on her.

During an event in 2017, Ranbir and Alia appeared for a joint panel session at the Lokmat Maharashtrian of the Year event. During this Alia was asked which actor she’d like to play in a film.

Alia had said at the times, “Since Ranbir has been the supporter of my career, I’ll let him answer,” to which Ranbir had said, “The way she’s going, she can do her own biopic, but all jokes aside, Madhuri Dixit? Meena Kumari, Madhubala, Waheeda Rahman, Zeenat Aman, Parveen Babi. I think Parveen Babi would be a good biopic for her to do, no?”

Alia had replied saying, “Yeah, yeah, of course.” For the uninformed, Alia and Ranbir just recently recovered from the novel coronavirus. Taking to her Instagram account, Alia had shared a smiling, sun-kissed picture to inform her fans about the good news.

“The only time being negative is a good thing,” Alia had written alongside the photo and added flex muscle and dancing girl emoticons.

On the work front, Ranbir hasn’t been seen in a film since ‘Sanju’ but has a few projects lined up such as ‘Shamshera’ and ‘Animal’.  On the other hand, Alia will be next seen in ‘Gangubai Kathiawadi’, directed by Sanjay Leela Bhansali.