When Kapil Sharma spoke about battling depression, alcohol addiction and making it big without any godfather 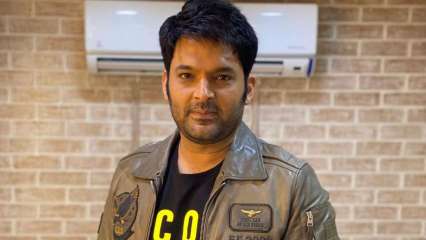 There’s no denying that Kapil Sharma is a star in his own right. The comedian-turned-talk show host who turned 40 on Friday (April 2), became a household name over the last few years managing to make the viewers laugh with his great comic timing and fabulous sense of humour.

And while Kapil may be a celebrity today, his journey to the top has been long, full of struggle and quite inspirational.

Coming from a humble background in Amritsar, Kapil managed to achieve a life for his family and himself, that many can’t even dream of.

The comedian who is currently on a paternity break after welcoming his second child, a boy, with wife Ginni Chatrath, is all set to return with the new season of ‘The Kapil Sharma Show’ in May.

However, on his way to stardom, Kapil faced many lows — fallout with his team members, battling depression and suicidal thoughts and more.

At the trailer launch of his film, Firangi, Kapil opened up about his fight with alcoholism and suicidal thoughts after his mid-air brawl with Sunil Grover, his health issues and how Shah Rukh Khan asked him to take a break and gather himself.

“I could not step on the stage to perform and would cancel the shoot. I suffered from anxiety and drank myself silly. I would stay locked up in the office with my pet dog. People stopped coming on the show and I went off the radar,” Kapil had said.

He also revealed how he had suicidal thoughts. He said, “One of my close friends asked me to shift to his seaside apartment. He thought a change of scene would be good for me. As I saw the wide expanse of the sea from his balcony, I felt like jumping into it. I was depressed; it felt like the world was gunning for me.”

Kapil also spoke about how he turned to being an alcoholic thinking it would help him. He said, “I used to travel a lot for my film. Almost 7-8 hours used to go in it. And the media used to tell so much about me that I’m an alcoholic and all. I never had a PR to control all the image bashing. Then, there is Twitter and all this pressure. Now, I am impulsive – that’s just the way I am. I can’t do anything about it. However I may be, one thing is certain that I am a complete pure-hearted soul. All this negative publicity had put me in depression.”

Kapil said he never had a major fight with Sunil, but things were blown out of proportion.

Later, in a video interview with Zoom, Kapil also spoke about making it on his own in the film industry with any godfather.

He said, “Everyone has their own experience, some come through networks, some find their own path. I won’t say that people who enter through godfathers are not talented. However, at the end of the day, it’s only your talent that will take you places. Even if you get a big launch, if you cannot act, the public won’t see you. As for me, I did theatre, then worked in regional channels, then came on national television. Reality shows mein participate karte karte yaha aaagaya, fir film bhi kar li aur ab produce bhi (I started with reality shows and made a mark, then did a film and now have even produced one). I always believe that one should keep working hard, God will show you the right way.”