When Anushka Sharma said she’ll be a great mother, it has a Ranbir Kapoor connection 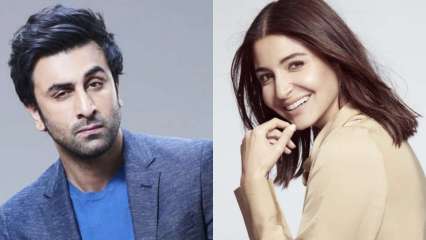 Anushka Sharma has been in the news ever since she announced her pregnancy with her husband Virat Kohli last year in August and after she gave birth to a baby girl, Vamika, on January 11, 2021.

But did you know that back in 2015, Anushka was so confident that she would be a good mother that she had said it in an interview to a news channel?

During the promotion of her film Bombay Velvet with co-star Ranbir Kapoor, Anushka had said that dealing with his childlike ways had trained her for the future, when she’d have a kid of her own.

She told NDTV, “He wants to know everything that’s happening. He would walk into my makeup room and start opening drawers. He’d open my handbag. If I’m on my phone, he’ll want to see what I’m doing on my phone. He’s a child. I’ll be a great mother because I’ve been around Ranbir Kapoor.”

Speaking on a more serious note, Anushka said that it is Ranbir’s curiosity that makes him a ‘great actor’. “He’s very, very curious, to the extent that sometimes it’s annoying and you want to hit him,” Anushka said.

Meanwhile, an old video of Ranbir and Anushka’s heated argument from the sets of ‘Ae Dil Hai Mushkil’ has been going viral on the internet.

On the work front, while Anushka is back from maternity break, Ranbir will be next seen in ‘Brahmastra’ opposite girlfriend Alia Bhatt.