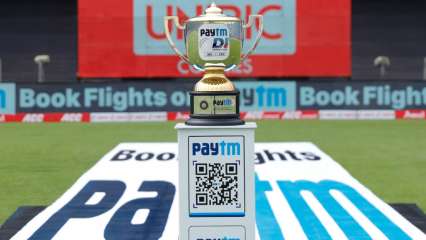 In the third and final series decider, England won the toss and have opted to field at the Maharashtra Cricket Association Stadium in Pune. It is the third time Indian skipper Virat Kohli lost the toss in the three-match ODI series.

While England captain has made one change in Mark Wood as he comes in for Tom Curran, for India, it was a surprise seeing T Natarajan coming in for Kuldeep Yadav. India are going in without a specialist spinner.

After winning the toss Butler said, “We’re bowling first, for similar reasons as the first two games. Very proud of the performance the other day, and it showed our passion.

“It’s important to continue playing the brand of cricket that we are known for. It’s been a fantastic tour with some great matches, and it’s come down to the last game of the tour that decides the result. We’re desperate to win today’s decider”.

Kohli too said that he would have bowled first. Talking at the toss, Kohli said, “It seems like the toss is completely out of my control right now. It’s a hard pitch and has some grass covering”.

Talking about the team and the changes they need to make, Kohli said, “We’ve introspected and identified a few areas that we need to improve on, put up 20-30 more runs with the bat and put up a better show with the ball.

“Our best cricket has come out when our backs have been against the wall – Test series, after being one down and the same in T20s, after being 1-2 down. We have to be at our best today to win the decider”.