Viral! Pavitra Punia hits back at trolls abusing her on Twitter, sends them a video message 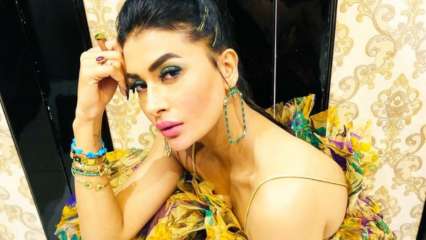 ‘Bigg Boss 14’ contestant and television actor Pavitra Punia struck back at trolls and uploaded a reels video on Instagram. In her video, Pavitra gave a strong message to trolls abusing her on Twitter and addressed those writing nasty comments about her.

For the uninformed, this is not the first time that Pavitra lashed out at trolls about something. A few months back, the ‘Bigg Boss 14’ contestant had released a message for those criticising her relationship with actor and ‘Bigg Boss 14’ co-contestant Eijaz Khan.

Pavitra had tweeted in February, “Dear trollers … kindly stop spreading HATE and this highly unacceptable comment on my and #eijazkhan relationship. We purely love each other and INDEED we do not need the approval of ‘Haters’ in best regards to OUR relationship. Blessed #us #pavijaz.”

Pavitra and Eijaz, lovingly called ‘Pavijaz’ by fans, fell in love during’ Bigg Boss 14′. The couple often shares lovey-dovey posts for each other on their social media accounts. On Valentine’s Day, Pavitra had shared pictures of them in colour-coordinated outfits and wrote, “F**k butterflies, I feel the whole zoo when I am with you. #pavijaz #elitepavitrians #pavitrians. P.S. – TROPHY to mere he paas hai mohabbat ki (I won the trophy of love).”