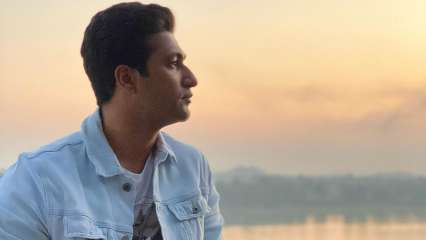 Vicky Kaushal was last seen in the film Bhoot – Part One: The Haunted Ship which released in 2020. Now the actor has a series of films in his kitty which will hit the screens in the coming months. Amid his extravagant filmography, Vicky has created headlines for his personal life too. The actor has been rumoured to be dating Katrina Kaif although both of them have stayed mum and refused to comment on it.

Now during an interaction with Cosmopolitan Magazine, Vicky spoke at length about how stardom has affected his personal life. The actor stated, “With fame, I think one ends up becoming a little guarded. Because, your personal lives suddenly come into the public domain—and you don’t want all the discussion and scrutiny to affect your loved ones. Earlier, I was more forthcoming about everything in my life.”

Vicky further said, “But stuff gets written about you without any authenticity, without it being cross-checked. It almost becomes a game of Chinese whispers how it starts and how it ends are two completely different stories altogether. And then you have to offer up several clarifications and justifications. So, with time, I have learnt to be more careful about issues that are not work-related and to safeguard my privacy.”

Talking about Vicky’s professional front, the National Award-winning actor will next be seen in Shoojit Sircar’s Sardar Udham Singh in which he plays the titular role. The actor also has an untitled film in which he will be romancing former Miss World Manushi Chhillar.