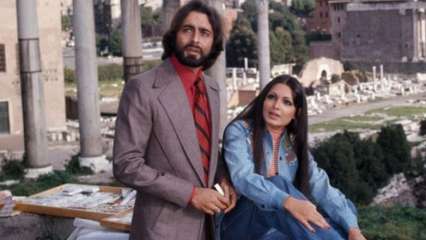 Veteran actor Kabir Bedi is currently awaiting the release of his much-awaited memoir ‘Stories I Must Tell: The Emotional Journey of an Actor’. For the unversed, in his book, Kabir has written a detailed account of his relationship with late Bollywood star Parveen Babi. Kabir wrote how he met Parveen, they fell in love, and how she was the one to eventually leave him.

Kabir was earlier married to Odissi dancer Protima Gupta and had reportedly left her for Parveen. Things eventually turned bad between Parveen and Kabir as she was suffering from mental health issues, and Kabir said that while he wanted to help her, she would not let him.

Parveen later died in the year 2005 after suffering from multiple organ failures. About Parveen’s death, Kabir said, “In the end, I learned how Parveen had died. Her body was found in her Juhu flat four days after she died, a leg rotted by gangrene, a wheelchair by her bed. A lonely and tragic end of a star who had once been the fantasy of millions. Three men who had known and loved her — Mahesh Bhatt, Danny Denzongpa, and I — came for her funeral at the Muslim cemetery in Juhu. It was a solemn burial with Islamic rites and chants. We carried her body with relatives to a dimly lit grave. I felt for all she had suffered with a sorrow that came from my depths. Each of us had known her in ways not many knew. Each of us had loved her as only each one knew.”

Another excerpt from his book read, “In my days alone, I looked back on all we had shared. I remembered our love and passion. I felt for her suffering mind. But my long-suppressed resentments flared as well. I rued the shadows Parveen had cast on my most joyful years. I reminded myself it wasn’t her fault. Perhaps I was equally to blame. Maybe I should have walked away earlier. Yet I couldn’t; she’d needed me desperately. I’d seen myself as her protector. By then, I was mentally and emotionally exhausted. I’d gone from one emotionally draining woman to another, without a pause in between, leaving me no time for myself. People may think ‘what a lucky guy’ for having one beautiful woman after another. Only I know the price I paid for being an impulsively emotional man.”