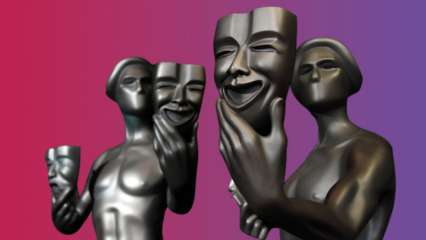 The Trial of the Chicago 7 won the top prize at the Screen Actors Guild (SAG) Awards on Sunday. The late Chadwick Boseman and Viola Davis were named best movie actors for their roles in jazz period drama Ma Rainey’s Black Bottom.

The SAG awards, chosen by members of the acting union, are regarded as a key indicator of likely success at the Oscars later this month because actors form the largest voting group in the Academy of Motion Picture Arts and Sciences.

The Screen Actors Guild (SAG) Awards were handed out on Sunday for the best performances in film and television in 2020. Following is a list of winners in key categories:

BEST MOVIE CAST ENSEMBLE: The Trial of the Chicago 7

BEST ACTOR, TV LIMITED SERIES: Mark Ruffalo – I Know This Much Is True