‘Taarak Mehta Ka Olltah Chashmah’ director Malav Rajda recently responded to an Instagram user after they requested him to cast a new actor as Dayaben. The role was played by Disha Vakani but she has been on indefinite maternity leave since 2017.

Replying to the comment, Malav joked that if he starts making demands, he might also get replaced. Malav wrote, “@shindepooja91 mein zyada bolunga toh naya director le aayenge (if I ask for too much, they will get a new director)…its not in my hands at all…i just direct the show…dont n cant take decisions regarding actors n lot of other things…but jo hota hai ache ke liye hota hai (whatever happens, happens for the best).” 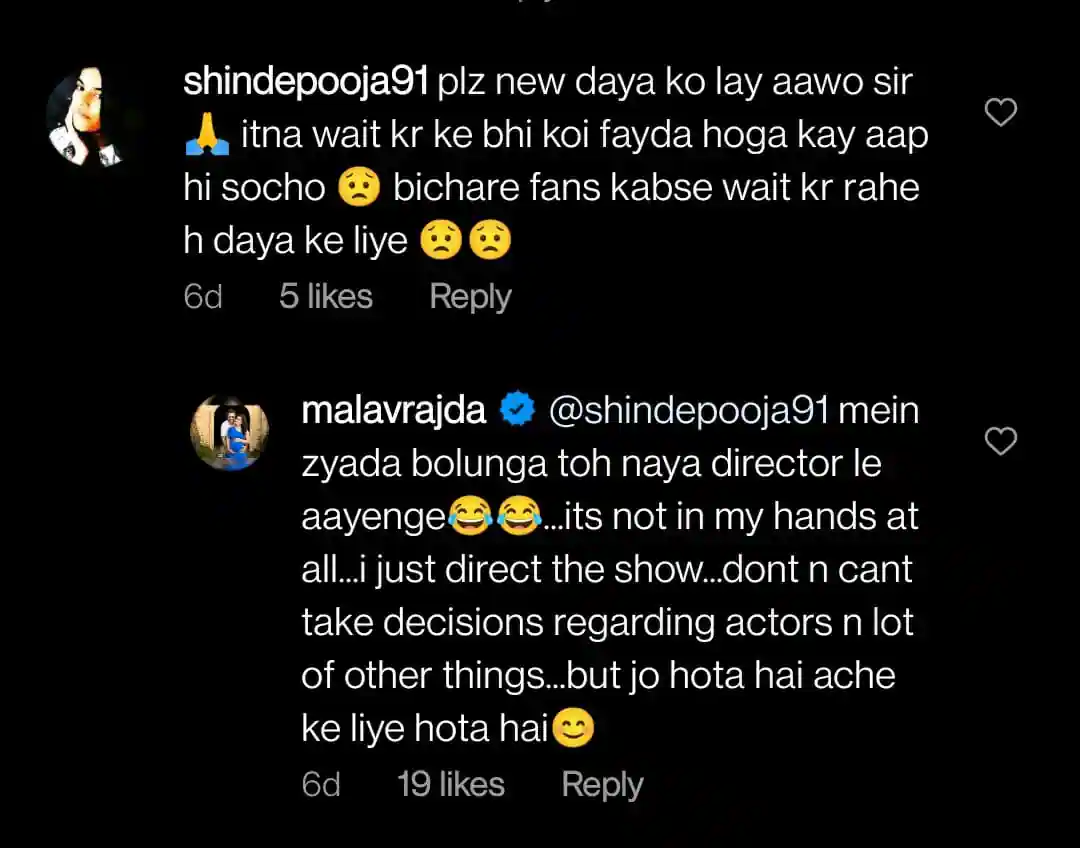 Malav Rajda said that he has no say when it comes to the casting of ‘Taarak Mehta Ka Ooltah Chashmah’.

Last year, in a podcast with Sorabh Pant, Dilip said that the quality of ‘Taarak Mehta Ka Ooltah Chashmah’ has suffered over the years.

“Abhi yeh almost like a factory ho gaya hai (now it has become almost like a factory). Every day the writers have to find new subjects. After all, they are also human beings. I agree that all the episodes cannot be of that level when you are doing a daily show for such a long time. I do feel that certain episodes are not up to the mark as far as the humour is concerned,” he had said.