Sutapa Sikdar praises son Babil Khan for not hiding his emotions, shares his photo breaking down at Filmfare Awards 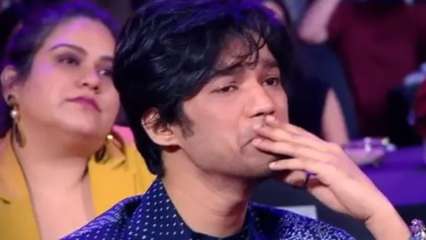 Late actor Irrfan Khan’s wife Sutapa Sikdar on Thursday took to her Instagram handle to pen a few heartbreaking yet thoughtful words about their son Babil Khan who recently broke down while accepting an award on his father’s behalf.

Alongside a photo of Babil crying inconsolably as the host announced the Best Actor (posthumously) and Lifetime Achievement Award for Irrfan Khan at the Filmfare Awards, Sutapa wrote a poem about how her elder son was a strong man who did not shy away from hiding his emotions.

In her lines written in Hindi, Sutapa shared that her son isn’t someone who feels ashamed to cry and express his feelings in public just because he is a man, instead, she said, he was strong because of the very fact that he could do that. Sutapa also wrote in her long note about her son that sometimes Babil spends nights crying while remembering his father and when she confronts him about his eyebags, he does not lie and confesses that he cried because he was missing his dad.

She also mentioned how Babil puts up a brave face and tells her that she has been the strength of the family who had bound them all together and now she should live her life and be free. In conclusion, Sutapa wrote that it takes courage to do away with orthodox traditions and customs and set new ones while adding that to showcase one’s vulnerable side takes a lot of strength, referring of course, to her son breaking down at the recently concluded awards ceremony.

Earlier, Babil had penned a note of thanks to Filmfare for recognising his father’s contribution to the film industry. Babil hopped on to his Instagram account and shared a picture that featured all the six Black lady accolades honoured to his father, including the latest addition of ‘Best Actor (Male)’ and ‘Lifetime Achievement’ award presented to him on the latest edition of Filmfare ceremony.

Alongside the picture, he wrote, “Thank you FILMFARE! Even after he has departed you have recognised his commitment to his craft. We as a family are so grateful.”

Irrfan died on April 29 last year in Mumbai at the age of 53 last year after a long battle with cancer.