Actor Sonu Sood’s noble gestures and selfless efforts during the ongoing Covid-19 pandemic has inspired many all over the country. He has earned the moniker of a Messiah and real-life superhero for extending a helping hand towards frontline workers and underprivileged migrants, students and patients, among others. His consistent philanthropy has been lauded by fans, peers and politicians and other eminent personalities.

The latest to join the bandwagon is the domestic airline Spice Jet. To honour his social work for the needy and less privileged, a SpiceJet Boeing 737 aircraft was recently wrapped in a special livery which includes an image of the actor along with a line that reads, ‘A salute to the saviour Sonu Sood’. With this, Sonu has added a new feather to his hat as he became the first Indian actor to have achieved this feat.

Check out the pictures here: 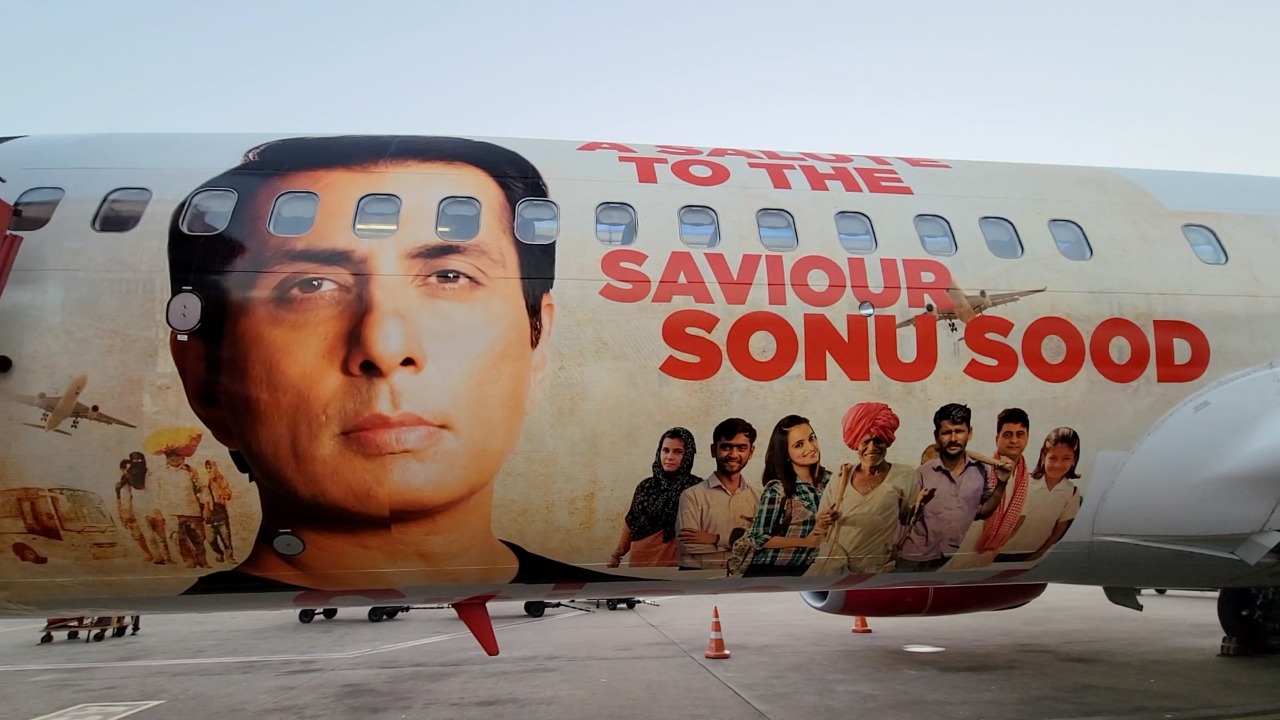 Along with Sonu, Spicejet repatriated more than 2.5 lakh Indians last year. As part of this collaboration, more than 1500 Indian students stranded in Kyrgyzstan and hundreds of Indian nationals stuck in Russia, Uzbekistan, Manila and Almaty, among other countries, were repatriated to India.

Talking about the honour, Sonu said, “To be honest, I am quite taken aback by his huge honour. This is a really sweet and touching gesture on Spice Jet’s part and I am overwhelmed with such a lovely present. I hope that I can keep making everyone proud with my work. I am also thankful to Spice Jet for their effort of bringing back so many Indians from different parts of the world safely to their homeland during the pandemic.”