Sidharth Shukla thinks he looks ‘not so sexy’ in shirtless photo, his fans prove him otherwise 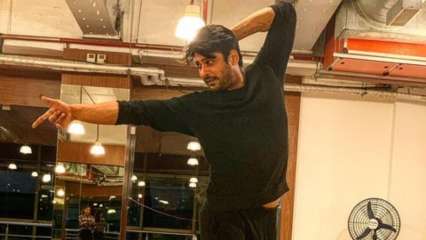 It is not a hidden fact that ‘Bigg Boss 13’ winner Sidharth Shukla has an army of fans who support him in all that he does and hype him up constantly. His fans, who call themselves ‘SidHearts’, recently showered love on one of Sidharth Shukla’s shirtless photos after he said he looked ‘not so sexy’ in them. He was responding to a picture of his back, shared by a fan, who wrote, “GOOD MORNING MY SEXY JAAN @sidharth_shukla.”

Sidharth had replied saying, “Not so sexy in this pic ….. but good morning never the less to you and all.” As soon as Sidharth commented on the photo, his army of fans did everything to change his mind and wrote loving and supportive comments for the actor.

Several fans wrote, “Sid you are always sexy dude,” while others said, “Hottt hotttt. Tu aag hai aag hai. Tera koi jawab nhi (You are fire, there is no match for you). Sidharth why sooo sexyyy man.”

For the uninformed, Sidharth Shukla rose to incomparable fame after his stint at ‘Bigg Boss 13’. The actor won the trophy after defeating Asim Riaz and Shehnaaz Gill. Sidharth had later also appeared in ‘Bigg Boss 14’ as a senior with Gauahar Khan and Hina Khan.

Recently, Sidharth was in the news after he urged teachers to go easy on students during the examinations. To his tweet, Abhinav Shukla had replied saying, “Read an article of @sidharth_shukla asking a teacher to be lenient! Bhai were you lenient as a senior in BB house?? I am ready for a smart answer though.”

Reacting to his tweet, Sidharth had hilariously replied, “Bhai call karna … Sab se pehle leniently Tereko teacher aur senior ka difference bataunga ….. Baki tu khud samajhdar hai Khud he samajhjayega (Brother, call me. First, I will leniently tell you the difference between a teacher and a senior. Otherwise you are so smart, you will understand everything).”