12 Last Minute Gifts For Your Loved Ones and Yourself 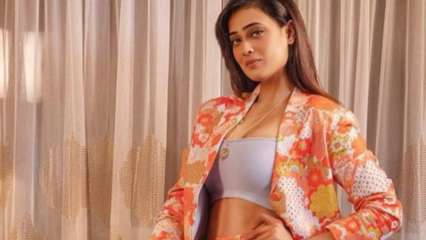 For the past few weeks, Shweta Tiwari has been grabbing all the headlines, and likely so, for her massive physical transformations after she shed the extra kilos off her body. Late on Thursday, the actor took to her Instagram and shared several photos of herself flaunting her washboard abs.

In the photos, Shweta wore orange and white floral co-ords and paired it up with a grey tube top underneath. She complimented her look with a pair of orange-tinted sunglasses. She did not add any significant caption to the photo and frankly, it wasn’t required.

Shweta rose to fame with the popular television show, ‘Kasautii Zindagii Kay’, which aired from 2001 to 2008. She played the lead role of Prerna in the serial, which also starred Cezanne Khan, Ronit Roy, and Urvashi Dholakia. After a long break, she later worked in ‘Parvarrish – Kuchh Khattee Kuchh Meethi’, ‘Baal Veer’, and ‘Mere Dad Ki Dulhan’.

Shweta also went on to win the reality show ‘Bigg Boss 4’ after which she took part in dance reality shows ‘Nach Baliye’ and ‘Jhalak Dikhhla Jaa’.

Currently, Shweta’s daughter, Palak Tiwari, is all set to make her debut in the film industry, She will play the lead role in ‘Rosie: The Saffron Chapter’.

Earlier, Speaking about Palak, director Vishal Mishra had said, “It has only been a day but Palak has already left us impressed. She is the heart and soul of our film and she is extremely hardworking and sincere. We will be shooting in Pune for a while and will then continue with the second schedule in Mumbai.”

12 Last Minute Gifts For Your Loved Ones and Yourself