‘Shweta Tiwari has been inhuman to me,’ Abhinav Kohli hits back after estranged wife’s explosive interview 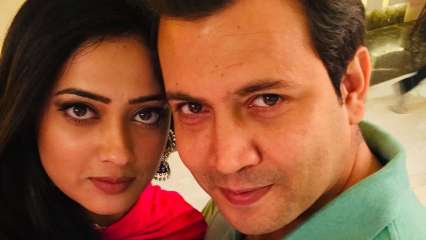 TV actor Shweta Tiwari’s second husband Abhinav Kohli has slammed the star for levelling false allegations against him that he had threatened to ‘ruin’ her reputation.

Shweta, who shot to fame after essaying the role of Prerna Basu in Kasautii Zindagi Kay, married Abhinav in 2013. This was Shweta’s second marriage post her divorce with her first husband Raja Chaudhary. While with Raja, Shweta had a daughter Palak, she welcomed son Reyansh with Abhinav soon after her marriage. However, when the couple decided to part ways, the post-split drama spilled all over the news.  While Shweta accused Abhinav of being an abusive husband, he alleged that she does not allow him to meet their son Reyansh.

More recently, in an interview with Bollywood Bubble, Shweta said, “In the lobby of my residential building, he (Abhinav) told me, ‘Ek aurat ki image kharab karne me kya lagta hai, just one post. Just one post, and you will be ruined,” she said. “After 5 to 6 days, he started posting (on social media), to spoil my reputation,” she added.

Reacting to Shweta‘s claims that he tried to ruin her reputation, Abhinav told Times of India, “Ruining her image is ruining my image too. Come what may she is still my wife. I am just voicing injustice and injustice done towards my son, no father can tolerate that. My son is my concern. She wants to make it as if I am anti-woman, she wants me to be projected like that and that’s why she is saying that ‘kisi bhi aurat ki izzat ek post se ucchali jaa sakti hai’. In today’s time there is no difference between a man and a woman. During the #metoo movement so many men had to face a flak because women came out and spoke about the truth. People supported them. ‘Aaj ek post se ek aadmi ki bhi izzat utaari jaa sakti hai Aur ek aurat ki bhi’… and the matter of the fact is none of my posts are a lie. ‘Agar maine jhooth bola ho Tabhi main aap ko badnaam karunga’…

Opening up about his relationship further, Abhinav added that he wasn’t cancer in their relationship. He said, “I have just come out and spoken about the truth. I told everyone that the things that were spread and said about me by Shweta Tiwari were a lie. I was not the ‘cancer’ in our relationship, I was busy taking care of our baby because she was going to work.”

“I am like any other normal father who loves his kid unconditionally and wants to be with him. But here I was forced by Shweta to stay away from him,” he added.

Abhinav further alleged that Shweta got her arrested on false charges. “I am fighting for my son, I am not yet fighting for myself. Shweta has been inhuman to me. I want to tell Shweta, you forget what you did to me. She put me behind bars for 2 nights and on wrong charges and then Palak (Shweta’s daughter) put up a post the next day that he did nothing wrong to me sexually. She later conveniently deleted it. And when I reposted that long letter that Palak had shared she again put up a case against me. She tried to get me arrested on my father’s death anniversary. She didn’t even spare that day knowing how emotional that day is for me. She wanted me to spend that night inside a lockup.”