Just a day after Director Shankar announced his maiden collaboration with Bollywood actor Ranveer Singh to remake the Vikram-starrer ‘Anniyan’/’Aparichit’, trouble has mounted for the project. In a strongly-worded statement, Anniyan’s Producer V Ravichandran has stated that the film’s story rights belong to him and that the records are available for the same.

He urged Shankar to stop work on the project with immediate effect, saying that he is also sending a legal notice to Shankar. “I am the Producer of the said movie Anniyan. The entire story rights was purchased by me from the writer Sujatha (alias late Rangarajan) for which full payment was done by me to him. As such, any such adoption or remaking or copying the main plot of the said movie, without my permission, is totally illegal” read the letter from Ravichandran. 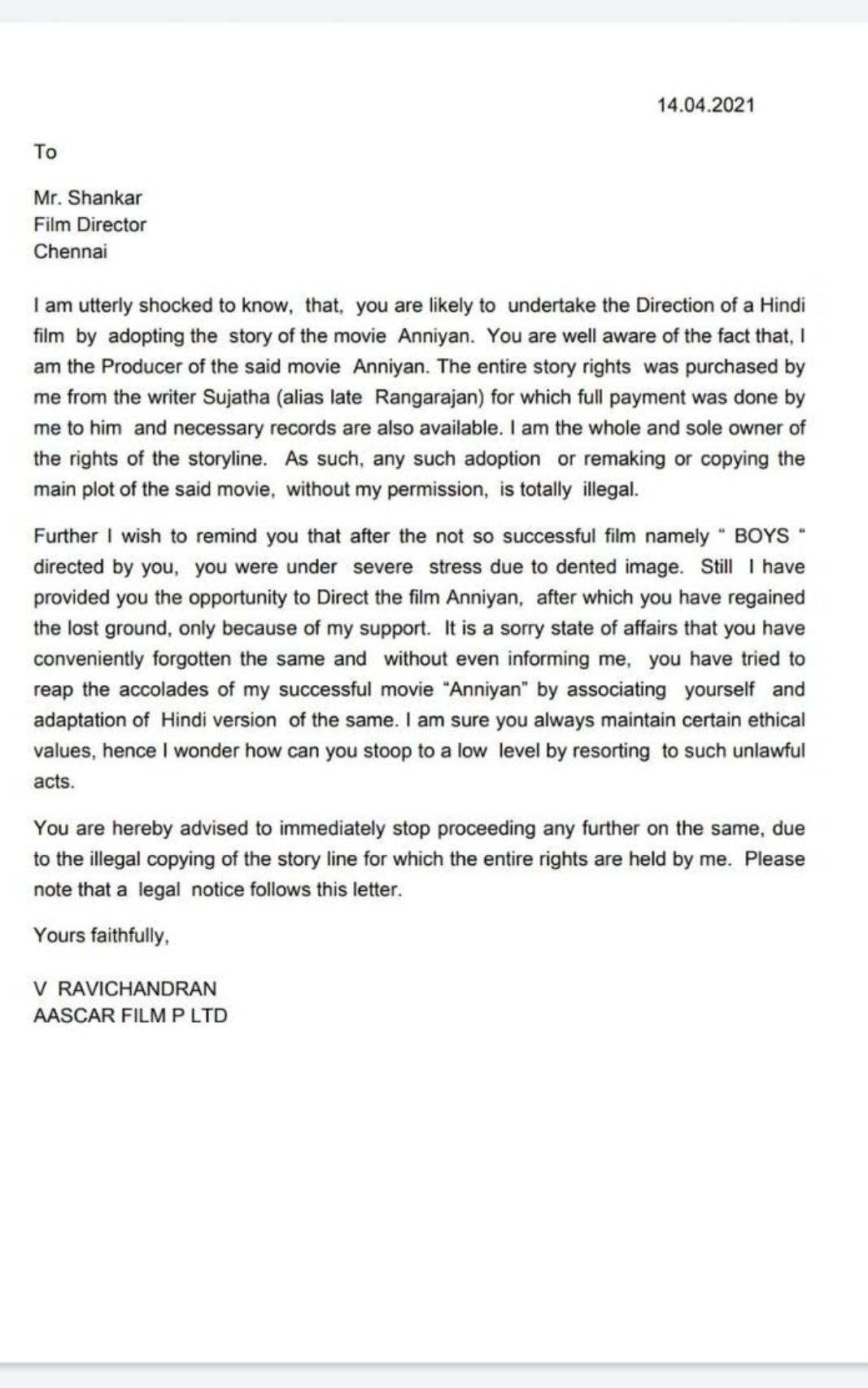 In response to Ravichandran’s letter, Shankar too issued a long statement and said “I am shocked to receive your mail stating that you own the storyline of the movie Anniyan.”

In his official statement, Shankar said, “Given that the script vests with me, I am absolutely entitled to exploit the same in any manner I deem fit. Infact, you/your entity does not have the right to remake or make any derivative rights for “Anniyan”, as the said rights have not been granted to you in writing. In the absence of any assignment in writing from me, there can be no basis whatsoever to even assert that the “storyline” vests with you.” 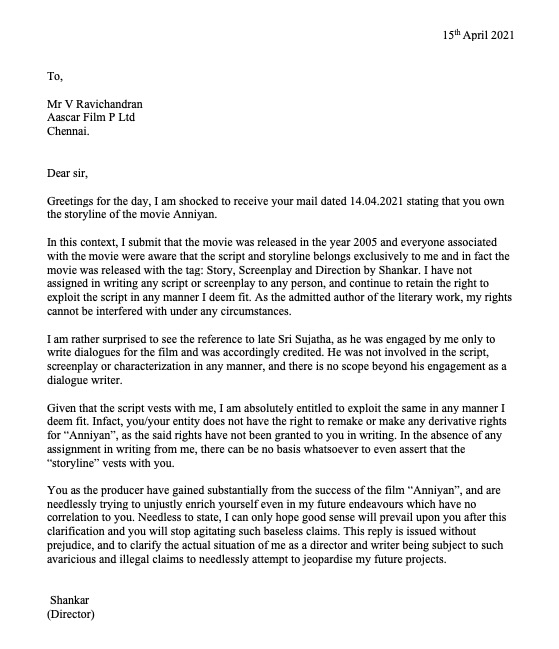 On the occasion of Tamil New year on Wednesday, Shankar had taken to social media and made the grand announcement of his collaboration with Ranveer Singh. He added that Ranveer was a maverick and charismatic showman that no one else could play.

For the uninformed, ‘Anniyan’ is a 2005 Action-thriller in Tamil, starring Vikram, Sadha, Prakash Raj, and Vivek.