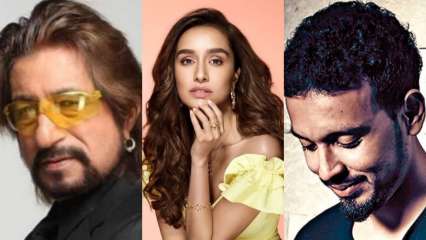 Newlywed actor Varun Dhawan set the rumour mills churning when he hinted that photographer Rohan Shrestha, who is reportedly dating actress Shraddha Kapoor, is next in line to tie the knot.

On a congratulatory message posted by Rohan for Varun and Natasha, the ‘Coolie No 1’ star responded with ‘hope you are ready’. This got some tongues wagging and soon enough fans were speculating if their was another B-town wedding that they could be witness to.

For the unversed, Bollywood actor Varun Dhawan tied the knot with his childhood sweetheart Natasha Dalal on January 24 in a sunset beach-side wedding at The Mansion House in Alibaug.

In an interview with ETimes, Shakti Kapoor said, “Well, I don’t know what reports and speculations are surfacing on the Internet. But I shall always stand by my daughter.”

Elaborating on that, he added, “Why only Rohan Shrestha? If she comes and tells me whoever she has chosen and wants to settle down with, I will not have any objection.”

Talking about Rohan, Shakti said that he is a “very nice boy” adding that Rohan has been visiting his family and him since his chillhood.

“Shraddha hasn’t told me that she plans to marry him. To me they are still just childhood friends.. I do not know if they are serious about each other,” Shakti Kapoor told ETimes.

Mentioning that he knows Rohan’s dad and the photographer himself even before his career took off, adding that he is extremely proud of his daughter’s work and it will be her decision to choose a partner at a time she deems fit.

“Shraddha will choose her partner and the time when she wants to get married, herself,” Shakti said.

Meanwhile, on the work front, apart from her recently announced film ‘Nagin’, Shraddha will be seen next in a Luv Ranjan directorial alongside Ranbir Kapoor.