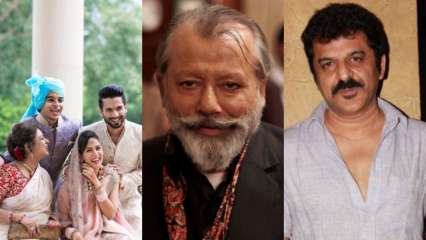 During an interview with Bollywood Bubble, Neelima said that she took the failure of her first marriage to Pankaj hard, whereas, her second marriage to Rajesh could have been saved had there been more control.

Speaking about being married to Shahid’s father, Neelima said, “I had this wonderful friend who I got married to, everything was just la-la-la-da-di-da, my parents were wonderful, I had a great crowd around me, toh mujhe ye pata hi nahi tha ke kuch zindagi mein aisa bhi ho sakta hai jisme pav phisal jaye aur hum dup kar ke ghir jaaye (I wasn’t aware that one could slip in life and fall flat). Aur rejection ka koi sawaal hi nahi hai (there was no question of rejection) because everybody used to love me and adore me and follow me around. So it was, in that way, when you’re young and full of beans, it was the first time when I experienced grief, sorrow, rejection, anxiety, pain, and fear of the unknown and a whole lot of insecurity.”

As for her marriage with Rajesh, Neelima said, “The second marriage would have lasted if certain things didn’t happen which were difficult to encounter… It was difficult, it was an impossible feat. I think it would have worked out if there was more control and more logic and sense it in. But it went, it flew out. And it happens in Bombay with all the struggle and with all the pressures, sometimes people succumb to it. But I have the ability to get up and start walking again, and I have these lovely boys in my life, my sons (Shahid and Ishaan), they were a great inspiration for me and a source of so much happiness and encouragement.”

Neelima said that today, she is on cordial terms with Rajesh. She also credited his wife Vandana Sajnani for the same and said that “she respects me like as I am an elder in a family.”