Shah Rukh Khan and Gauri Khan’s son Aryan Khan is currently in Mumbai and has been making several public appearances lately. The star kid is aspiring to be a filmmaker unlike his sister Suhana Khan who is eyeing an acting debut in the movies. On Friday, Aryan was clicked at Yash Raj Films (YRF) Studio in the city donning an all-black look. At the popular studio, SRK is shooting for his upcoming film Pathan.

In the photos, Aryan sported a handsome look wearing a black T-Shirt and jeans with a matching mask. He was seen riding shotgun in his car while arriving at the city. The paparazzi hounded Aryan’s car and clicked his photos and videos endlessly. However, Aryan kept himself calm and composed while getting papped. 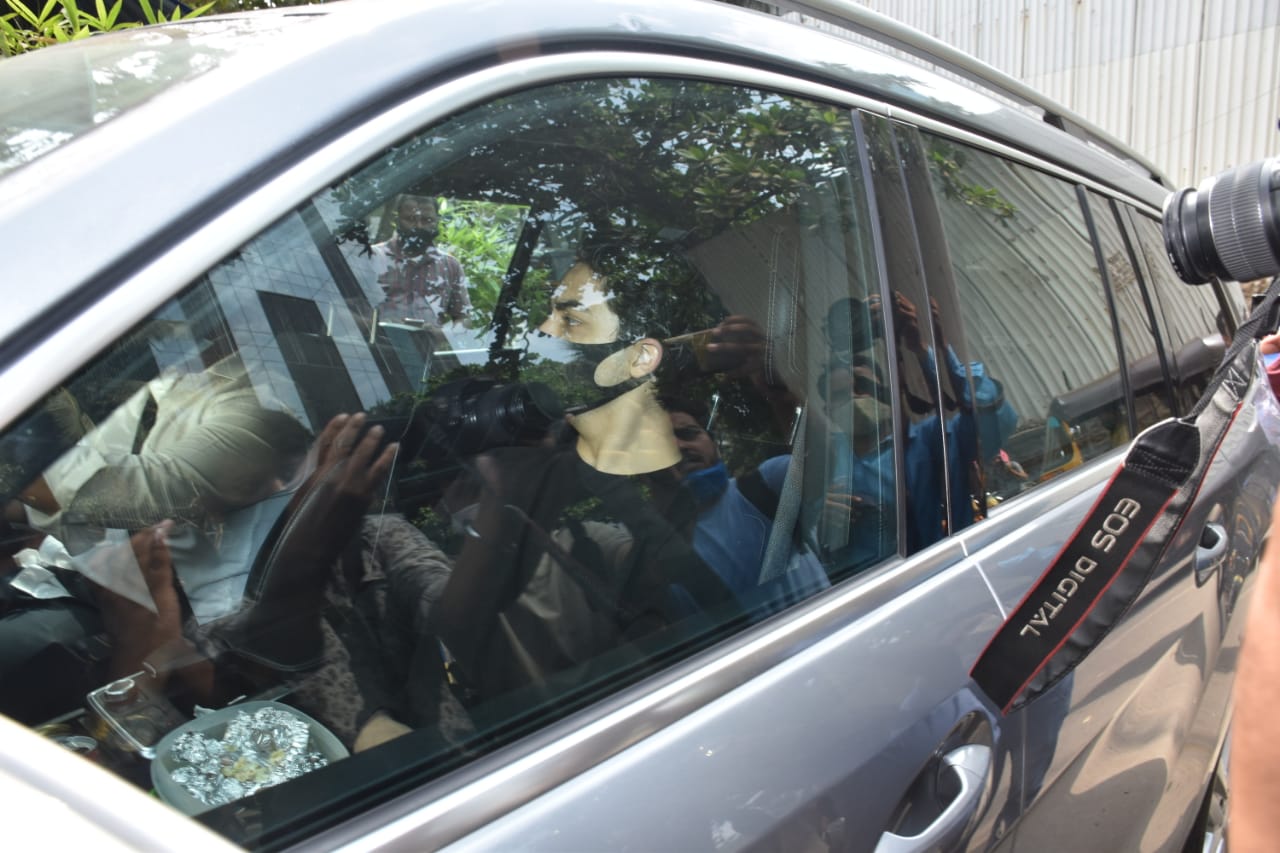 Meanwhile, during his appearance on My Next Guest Needs No Introduction With David Letterman, Shah Rukh revealed that Aryan is more inclined towards writing. He stated, “He (Aryan) doesn’t have what it takes to be an actor and he realises that too but he’s a good writer… I think wanting to be an actor has to come from within. Something you really need to do and find a set of skill that helps you do it and learn it. But I think I realised it from him when he said that to me.”

SRK added, “He came to me and said, ‘I don’t think I want to act.’ His issue was – which is think is practical and honest – he said, ‘Every time I’ll be compared to you… and I don’t want to be in that position’.”