Sanya Malhotra is much beyond a widow who can’t cry

Where to Watch?: Netflix

Unable to grieve over the death of a husband she barely knew and fighting the future her family wants to write for her. Pagglait is the journey of Sandhya (Sanya Malhotra) from letting go of the shackles to finding her own identity.

Stories coming from the heartland of the country are a reflection of how people are unlearning age-old regressive traditions. It’s not a necessity that the younger generation of the family wants to break the bondage of the traditions but the support of older people help in doing so. Pagglait starts as a film about a family mourning the sudden demise of the oldest son who got married five months back.

There’s no information on how the man looked, how did he die nothing. The film is totally in the present with the past just being a catalyst. Along with mourning the death, the family is eager to know how the young widow Sandhya (Sanya Malhotra) coping up with the news. Much to their dismay, she is neither shocked nor shedding tears on knowing about her husband’s death. Instead, she craves chips, soft drinks, spicy gol-gappas. Sandhya shows concern for the likes and comments she got on her Facebook post. Even her best friend Nazia (Shrutii Sharma) is unable to understand what’s going on.

But that’s the thing, just because you don’t mourn in a stereotypical way like shedding tears and leaving food among many things, people believe that death didn’t make any difference to you. That’s what Pagglait is all about! It’s much beyond a widow who can’t cry, it’s about unlearning and accepting the age-old way of grievances.

Even in today’s times, some families want to see their children married irrespective of how they feel about each other. Caste, religion everything comes into question when two individuals fall for each other and want to become life partners. 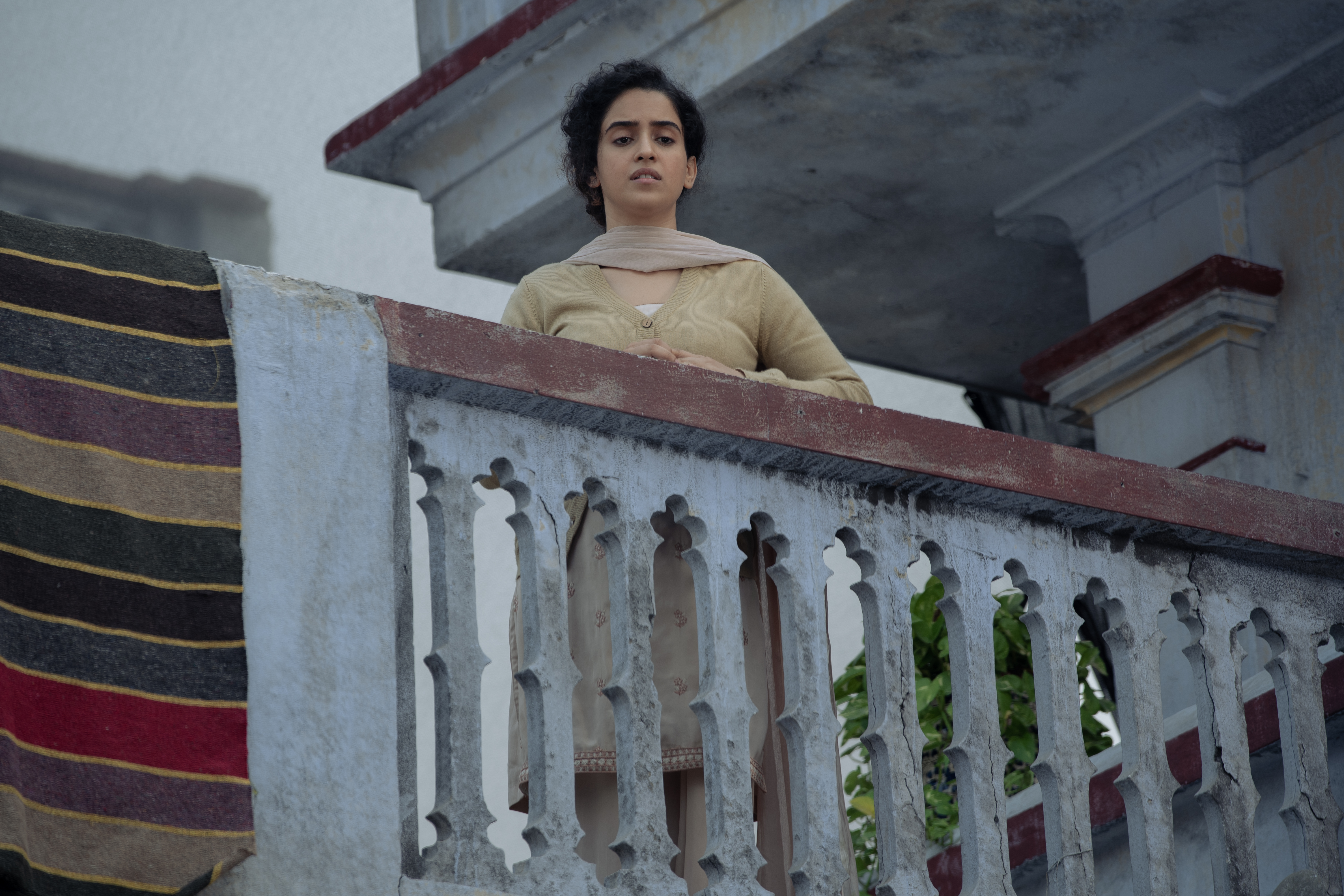 When Sandhya discovers about her husband’s past post his death, she realises she didn’t know the man at all. What she thought is his nature as a person was something else in totality. While discovering about her husband, Sandhya also knows how he was forced into this marriage despite being in love with someone else (Sayani Gupta).

Despite being a highly-educated person, she is constrained to the four walls. She becomes an English tutor to her brother-in-law whereas she can seek a high-level job easily.

The patriarch of the family (Raghubir Yadav) shows that he is broad-minded but shows the typical mindset of seeing a person of another religion living under the same roof during the mourning period. Her cutlery is also separated from the rest of the people and expects her to eat from outside.

The gossipmongers of the family assemble like a WhatsApp group to talk behind Sandhya and her parents who are staying with her until the thirteenth day of the death.

Pagglait touches upon many important subjects still existing in the country which need a few unlearning in the process. The film talks about how money is above all, the higher the girl is educated, the more well-earned guy she can get married to.

Coming to performances, Sanya Malhotra is a natural actor and her straight face dialogue delivery is on-point. She carries the film on her shoulders like a boss and gets effortless support from the stellar supporting cast. 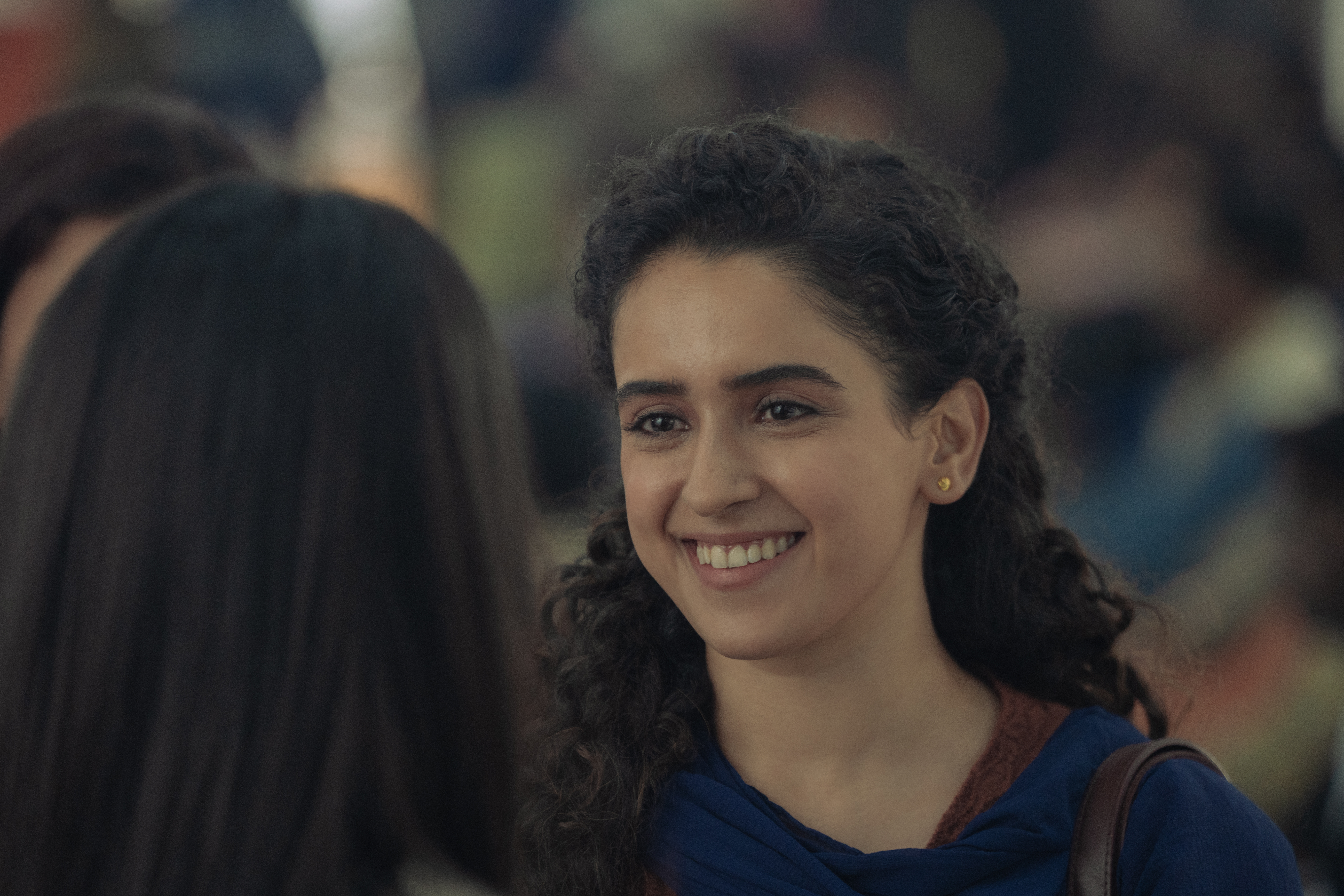 Everyone from Sayani Gupta, Ashutosh Rana, Raghubir Yadav, Shrutii Sharma to Sheeba Chaddha, Sharib Hashmi, Aasif Khan, Rajesh Tailang and Meghna Malik have shown their acting prowess beautifully and prove why they are among the best in the country.

Pagglait has amazing dialogues which are the major highlights along with the actors who deliver it. Arijit Singh as a debutant music director has done a stupendous job and the songs deserve everyone’s undivided attention.

Pagglait is a good weekend watch and the film has been cut properly without making it drag in terms of the runtime.

Sanya Malhotra along with the amazing stellar supporting cast bring out a beautiful film with a thoughtful message.