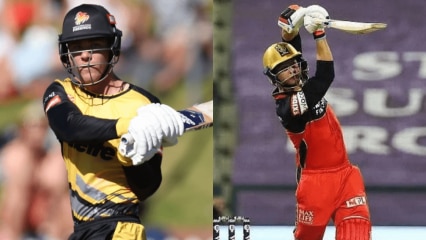 Philippe, who was the player of the tournament in the recently concluded Big Bash League (BBL) playing for the champions Sydney Sixers, made his debut in the IPL last year. He scored 78 runs in the five games he played for the Virat Kohli-led side and was retained by the franchise ahead of the 2021 season.

An official statement from the IPL said, “Royal Challengers Bangalore have signed up New Zealand wicketkeeper-batsman Finn Allen as replacement for Josh Philippe who will be unavailable for the entire season.”

The Bangalore franchise, therefore, had to pick a replacement in the similar price bracket of INR 20 Lakhs and went ahead to sign the Kiwi wicket-keeper batsman, who was the leading run-scorer for the Wellington Firebirds in the Super Smash competition.

Announcing the same, a release from the RCB said, “The RCB Management is disappointed to lose a player of Josh’s calibre for this IPL season, but at the same time we fully understand, respect and support his decision of excluding himself from the tournament.

“We had to select the next best option from the list of players registered for the IPL Auction, at the same base price as Josh (20 Lakh). We spent a great amount of time working through that potential list and have selected Finn Allen as a top-order batting replacement.”

The attacking wicket-keeper batsman Allen, was the top run-getter in the Super Smash League 2021. In the 11 innings playing for the Wellington side, he scored 512 runs at an average of 56.9 striking at a whopping 194. He smashed six half-centuries hit the most number of sixes in the tournament, i.e., 25.

Has good range of shots. Happy with the signing #FinAllen pic.twitter.com/6zfsBWU0E6