Rashid posted a picture on the eve of the game with a caption, “All ready for tomorrow game #OrangerArmyorNothing @sunrisershyd.” To which Erin issuing an apology replied, “Mmmm sorry but I think go KKR this time.” Then Rashid replied with a big “Noooooooo” and laughing emojis. 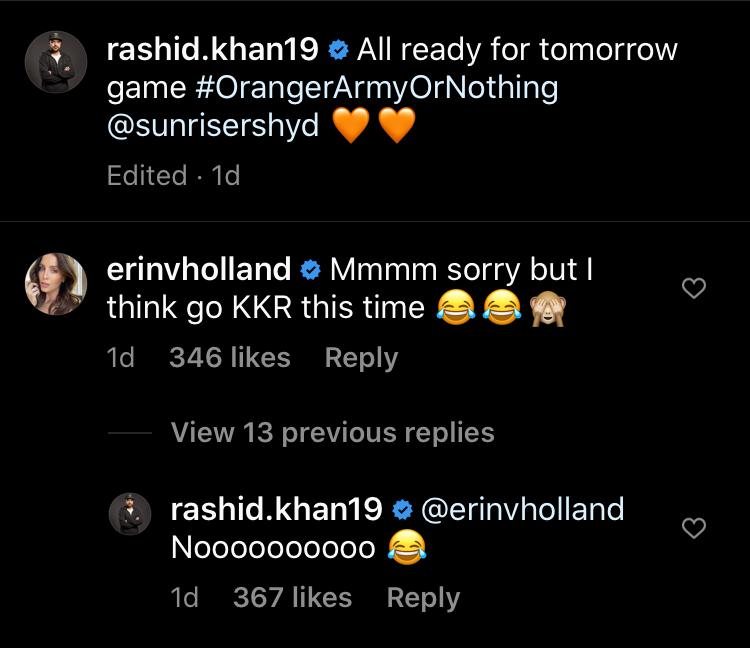 Cutting, who was picked up by the Kolkata Knight Riders at his base price of INR 75 Lakh in this year’s auction, tied the knot with his girlfriend and former Miss World Australia Erin Holland after dating her for over five years, earlier this year in February. After which, the KKR social media team posted a heartwarming video of welcoming the couple to the KKR family.

Cutting, who had a great season with his new team Sydney Thunder in the Big Bash League (BBL) has played for the Sunrisers Hyderabad and Mumbai Indians in the past in the IPL.