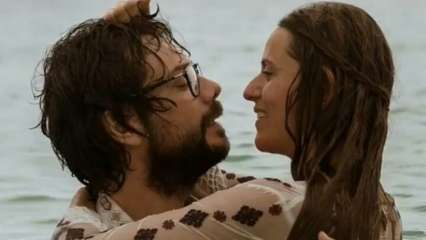 Blockbuster Spanish show La Casa De Papel aka Money Heist is all set to go off air after the streaming of season five. Fans have been waiting for the makers to drop the final season after a shocking climax shown in the fourth season. Amid that, the lead actors of the show namely Álvaro Morte who plays Sergio Marquina (The Professor) and Itziar Ituño who is seen as Raquel Murillo (Lisbon) shared posts bidding goodbye to the show.

Álvaro posted a video in which he is seen leaving for the sets of Money Heist and is flaunting his charming smile while doing so. He captioned it as “Leaving for the last time the set of @lacasadepapel Words are unnecessary. Thankful for so much, for everything. To the fans (the first ones, of course), to the entire team of @vancouvermediaproducciones and @netflixes @netflix And you, my dear Professor. I will miss having such a good time with you. THANK YOU.”

Americans’ views on abortion are complex and often contradictory. Scott Olson / Getty Images Abortion is one of the thorniest...
Travel