CANNABIS CULTURE – How many businesses use their earnings to fight the Drug War? And how many grow their cannabis in an old private prison?

“There are victims of the war on drugs, and they deserve a seat at the table,” says Casey Dalton, co-owner of Ocean Grown Extracts. Casey and her brother, Dan Dalton, have found a way to build social and criminal justice awareness into the foundation of their business.

Their company has a brand called Evidence that sells products in actual evidence bags to help make consumers aware and uncomfortable with the injustice of the War on Drugs. A portion of Evidence’s profits is donated to the nonprofit Last Prisoner Project (LPP).

“I think there are assumptions being made by customers and the public that because it’s now legal, they wouldn’t even think that there’s anyone sitting behind bars for a nonviolent cannabis offense,” Casey says. 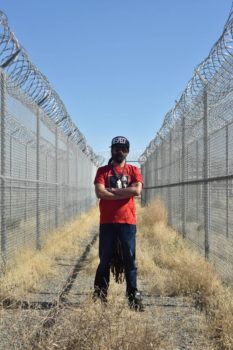 As proof of their dedication, the Daltons partnered with singer Damian Marley to purchase a former private prison facility in Coalinga, California, where they now manufacture and distribute their lab-certified products. When walking through the building upon the first inspection, Casey recalls saying, “We can make this really dark place that’s very sad, into something that’s gonna help people.”

Casey says that prisons are intentionally located at the city limits because they want them as far away from areas like libraries, parks, and homes, “Which ironically are the same rules that apply to cannabis.”

Ocean Grown Extracts has been partnered since the beginning of LPP, which advocates criminal justice reform for the 40,000 people incarcerated in the United States for cannabis-related offenses.

“What people don’t realize is, this is not even the residual of the laws that have been existing, but of the laws that are existing now. The front doors are still open, and people are being arrested as we are on this call,” says Dan. “If people knew that they could help and that this is still going on, they wouldn’t stand for it.”

According to an LPP report, in 2019, United States police departments made over 600,000 arrests for cannabis possession alone, more than they made for all murder, rape, robbery, and other serious crimes combined. In 2020, although white New Yorkers were twice as likely as non-white New Yorkers to consume cannabis, Black and Latin people made up 93% of those arrested on cannabis charges.

“It’s important to learn about who you’re supporting, what the brand is, who they are and where they make their product,” Dan says.

Ocean Grown Extracts began in 2013 with Dan and Casey’s brother Kelly Dalton. Kelly started the company as a Proposition 215 business, which operated under a legal gray area, allowing businesses to be protected under state medical cannabis laws, but still subject to Federal prohibition laws.

“We didn’t have a regulated system in place to protect him, to protect people like him,” says Casey, “At that time, a lot of [Kelly’s] friends were being arrested and it had nothing to do with the true operation. At that time, it was just who was your attorney?”

Casey says she was concerned about the security of Kelly, who was making Rick Simpson Oil daily, “The same way we would turn on the coffee pot, he would turn on his crockpot. Anyone who had cancer knew someone who knew Kelly, and Kelly was there to deliver medicine, for free, three to four times a week.” 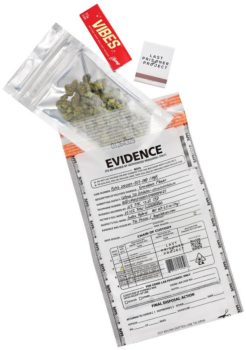 For every bag of Evidence sold, $1 of proceeds go to fund the non-profit Last Prisoner Project

Upon the first inspection of the former prison in 2015, Casey says it looked like a bomb had gone off. The prison had lost its funding due to overcrowding and had to leave the property within one week. Among the chaos, there things like pictures still on the wall and pencil holders still on desks.

“In the beginning, there was a lot of fear. The unknown is always scary,” Casey says when talking about relations with the Coalinga locals. To get the ordinance passed by the city, the Daltons were attending two council meetings a week.

That isn’t to say there are those in the city that don’t agree with cannabis. However, they respect the business for hiring local plumbers and electricians and giving their neighbors jobs with good benefits. To maintain security at the facility, the Daltons even hired former prison guards.

Dan, who sits on the advisory board for LPP, says, “This is the best work, the most important work that I have ever done and have been a part of, and it’s kind of like my drug now.”