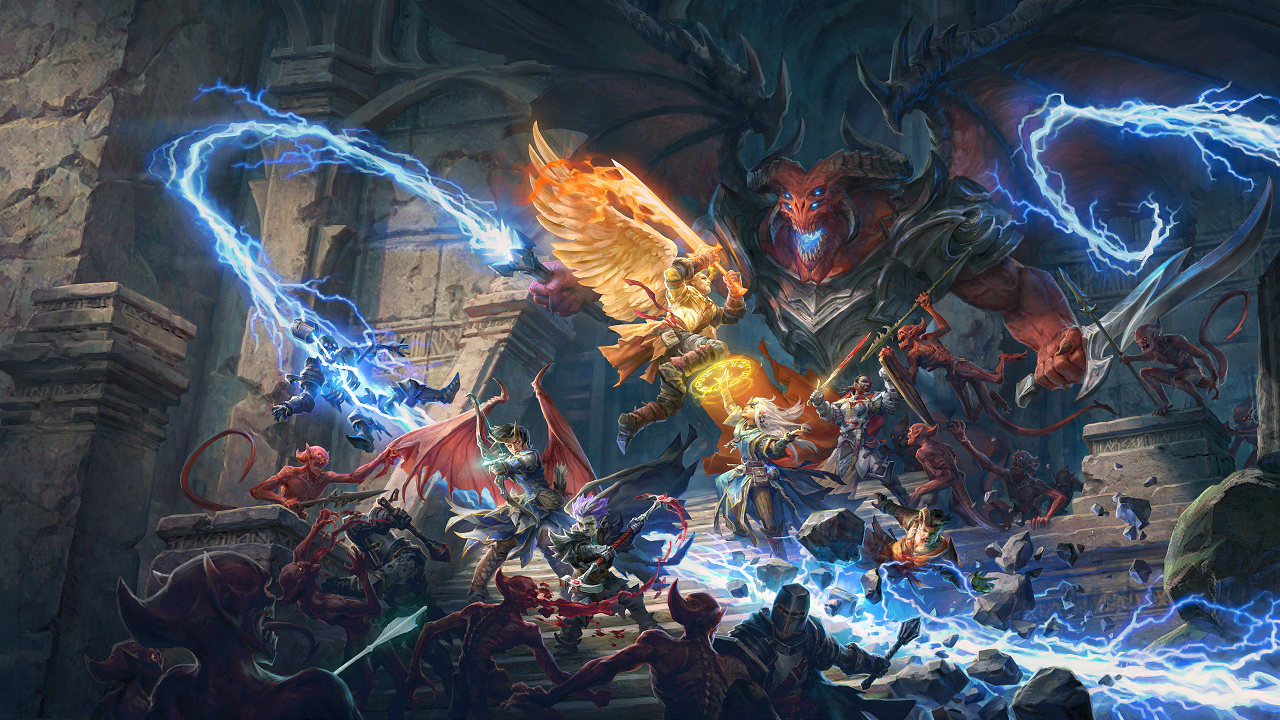 Owlcat Games has announced a release date for Pathfinder: Wrath of the Righteous.The game will launch on September 2 for PC via Steam and GOG, Owlcat Games has revealed. Additionally, a second beta for Wrath of the Righteous that covers the game’s first four chapters has also been made available today on Steam for those who contributed to the game’s Kickstarter campaign. The beta is also available for certain tiers of Slacker Backers.

The second beta includes all of the content from the first beta, but will also introduce a number of new features including Crusade gameplay, where players can “lead armies as a Crusade commander and fight against demonic armies through strategic army management and tactical turn-based combat.” New side quests, abilities and archetypes for certain classes, dinosaur pets and mounts, and weather systems will also feature in the new beta, alongside the game’s final UI design. A set of balance fixes have also been implemented for the Core difficulty. There’s also a talking enchanted weapon called Finnean who has unlocked after fans helped Owlcat reach a Kickstarter goal.

For now, Pathfinder: Wrath of the Righteous is just set for a PC release, but Owlcat promise it will share console plans “in the near future”.

Pathfinder: Wrath of the Righteous was announced in 2019 and follows 2018’s Pathfinder: Kingmaker. It sits within the same Pathfinder universe but it isn’t a sequel. Here’s our review of Kingmaker from 2018 – we scored it a 6.8, noting that it had “so many promising ideas” that fell “well short in execution.” If you want to learn more about Wrath of the Righteous you can check out our interview with the game’s developers about how Owlcat is building a better RPG, with more demons.