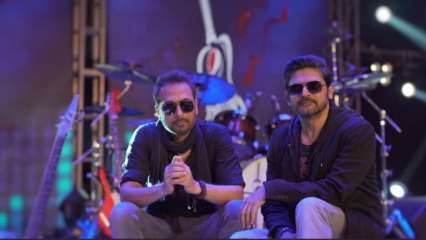 After 33 years, Pakistani music band, Strings, announced, on late Thursday, that they are disbanding. However, their farewell note insisted that the members, Bilal Maqsood and Faisal Kapadia, still share a great bond.

Issuing a statement on Instagram, which came as a surprise to many fans, Strings wrote, “Hey guys. This post is a bit different from the usual. We have decided that today, 25/03/2021, is the day we graciously get to conclude STRINGS. The past 33 years have been incredible for both of us. It’s so rare to have the chance to be able to do things like this and we are infinitely grateful to all of our fans for making it possible. We hope you found it worthwhile as well.”

“While the band technically may not be together anymore, both of us share an inseparable bond that will connect us no matter where life takes us. Thank you so much for everything,” they added in the statement.

Many fans took to the comment section and wrote comments about how heartbroken they were by the news. One fan wrote, “Please no.. I’m so heartbroken rn,” while the other said, “At least let us have a farewell concert, please.”

One fan compared the whole scenario to the dismantling of American music band One Direction. “They rly pulled a one direction on us,” they wrote.

For the uninformed, Strings started in the 1980s with four members, as a college band. They had their first major hit ‘Sar Kiye Ye Pahad’ in 1992. Apart from their popular songs, Strings composed songs for Bollywood films ‘Zinda’ and ‘Shootout at Lokhandwala’ and ‘John Day’.