Not just Anushka Sharma, Sharmila Tagore reveals she too was blamed for Tiger Pataudi’s bad performance on field 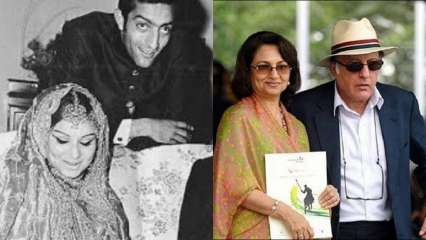 Not just Anushka Sharma, but veteran actor Sharmila Tagore said that even she has been blamed for her husband Mansoor Ali Khan Pataudi’s bad performance on the cricket field. However, Sharmila said that it was not some angry fans who accused her of distracting Tiger Pataudi, but her own father.

Sharmila Tagore married Mansoor Ali Khan ‘Tiger’ Pataudi in 1968. Sharmila was one of the most successful actors at the time she got married and Tiger was a famous Indian cricketer.

During a recent live session with Ladies Study Group, a part of the Indian Chambers of Commerce, Sharmila hilariously narrated the incident saying, “I think Tiger dropped a catch or something and my father screamed from somewhere else, ‘You shouldn’t have kept him up all night!’ I mean, can you imagine?”

During the same interview, Sharmila also received a message from her daughter Saba Ali Khan. Saba said, “Ma, lots of love. Very proud of you of course. Loved your work loved all of your you know earlier works. Satyajit Ray films and photography and of course Chupke Chupke is my favourite Hindi film as you know. I think comic release is usually the best. All the weepy intense movies of yours I’ve loved but just too much Kleenex have been used. So I think I’ll stick to the comic roles. But I think you’re fabulous. You have kept a great home. You have been a wonderful mum, wife, sister. I think you’re quite an all-rounder.”