Dia Mirza, who was last seen in 2020 Taapsee Pannu starrer ‘Thappad’, revealed, on Thursday, that she is expecting her first child with husband Vaibhav Rekhi. Revealing the good news, Dia shared an adorable post on her Instagram account, saying that she is “blessed to cradle this purest of all dreams in my womb”.

Since then, wishes have been pouring in for the expectant mommy, and joining them are new mom Anushka Sharma and actor Priyanka Chopra Jonas.

Taking to the comment section of Dia’s post, new mom Anushka, who recently returned to work after delivering baby girl Vamika with her husband Virat Kohli, showered love on Dia by posting a heart emoji. 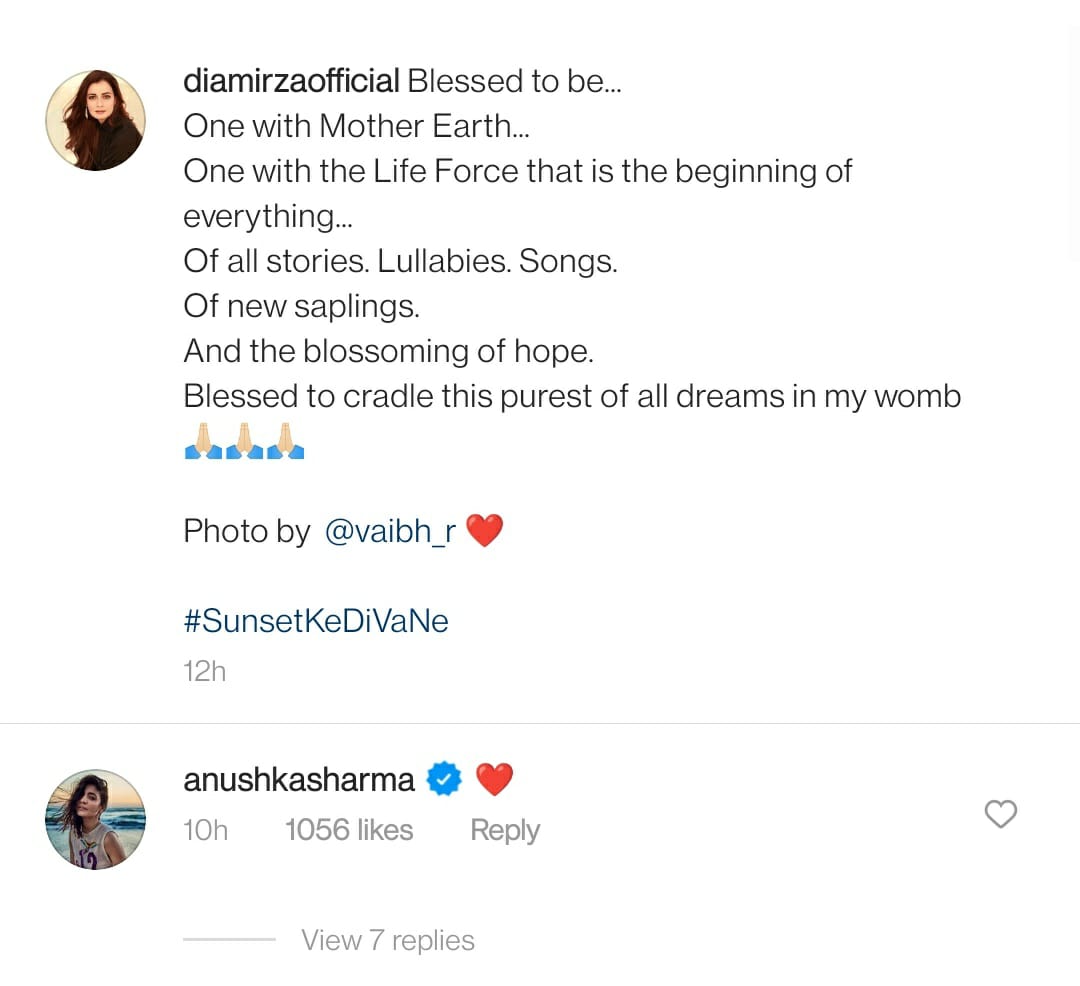 On the other hand, Priyanka Chopra also took to the comment section and wrote, “Omgeeeeeee Congratulations Deee!!”

As for the pregnancy announcement, 49-year-old Dia chose to post a throwback photo from her latest Maldives vacation with her husband Vaibhav Rekhi and his daughter that he shares with his ex-wife.

“Blessed to be…One with Mother Earth…One with the Life Force that is the beginning of everything…Of all stories. Lullabies. Songs. Of new saplings. And the blossoming of hope,” Dia wrote alongside a scintillating post while flaunting her baby bump.

Karisma Kapoor was one of the celebrities to congratulate Dia on the pregnancy announcement. She commented, “Congratulations Diya @diamirzaofficial” while Jacqueline Fernandez also congratulated the couple and wrote, “so happy for you!!!”.

Dia Mirza got married to businessman Vaibhav Rekhi on February 16, this year in an intimate ceremony held at Bell Air Apartments in Bandra West. This is the second marriage for both of them. Dia was earlier married to film producer Sahil Sangha. The couple parted ways back in 2019, after being together for 11 years. She had been rumoured to be in a relationship with Vaibhav for quite some time, but they never spoke about it publicly.