The two-time defending and five-time champions, Mumbai Indians (MI) unveiled their new jersey ahead of the upcoming season of the Indian Premier League (IPL). The Mumbai-based franchise, who will be beginning their title defence in the tournament opener against the Virat Kohli-led Royal Challengers Bangalore (RCB), shared a video on their social media unveiling the new jersey featuring skipper Rohit Sharma, star pacer Jasprit Bumrah among others.

One Team. #OneFamily. One Jersey.

Mumbai Indians in their press release said that the new jersey is designed by renowned fashion designer duo Shantanu and Nikhil, “captures the composition of the 5 basic elements of the Universe – Earth, Water, Fire, Air and Sky.”

“Mumbai Indians has carried forward a legacy every year, built on our core values and ideologies. Our five IPL titles are testament to our commitment to these values and it is extremely fulfilling that we have been able to signify it through our jersey this year,” the media release quoted a Mumbai Indians spokesperson.

“There is a lot of thought which goes into designing our jerseys every year because we understand that it is worn by our players and fans with a sense of pride and honour. This season we decided to wear the elements of our DNA on our jersey, which has enabled us to become the most successful sports club in the country. We shall wear the pride of our Paltan whenever we step out in this jersey,” he added. 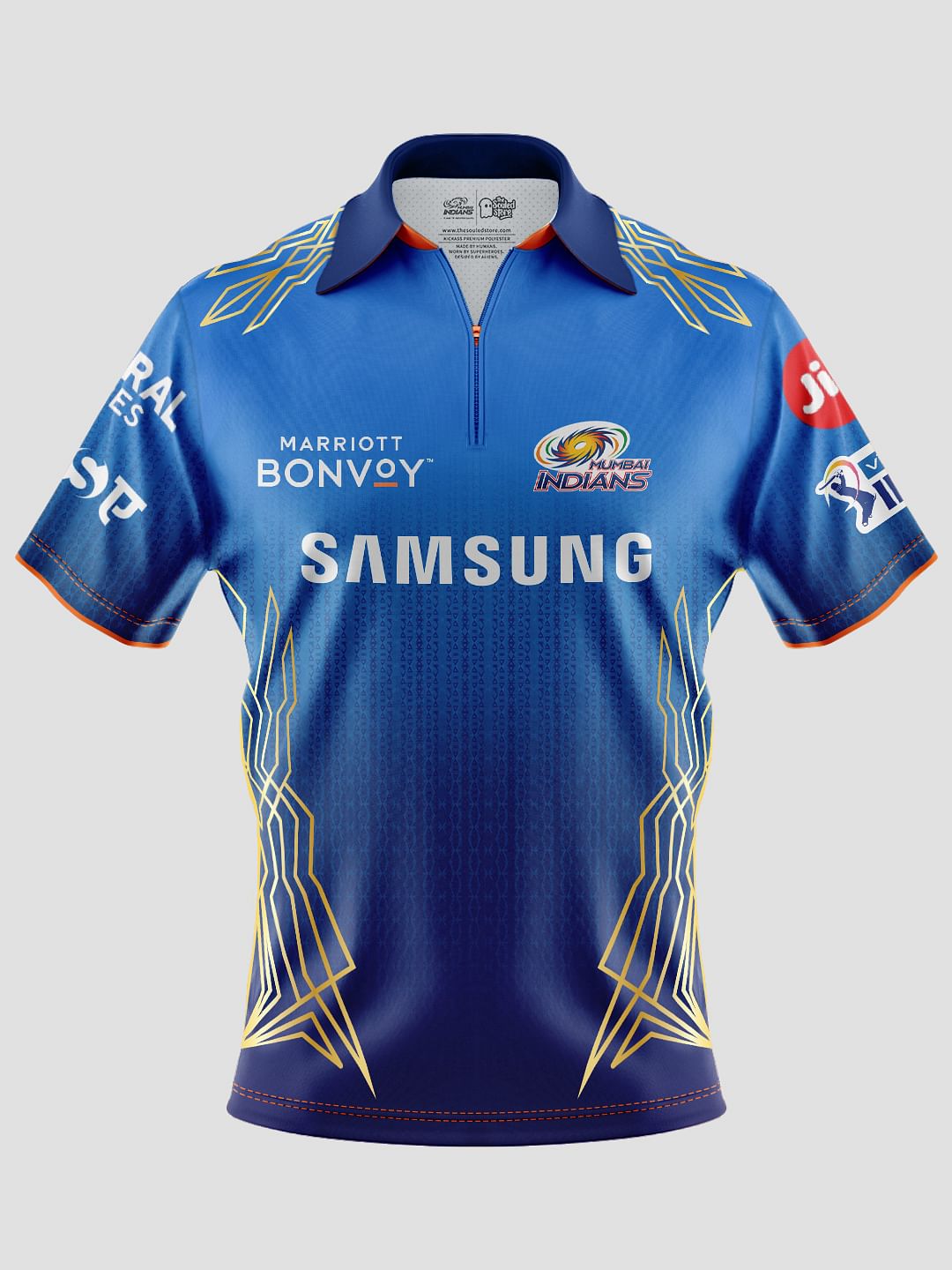 MI, the most successful franchise in the league, who beat their blue counterparts, Delhi Capitals in the final of the last year’s IPL, added the likes of Piyush Chawla, Jimmy Neesham, Nathan Coulter-Nile, Adam Milne to strengthen their already strong squad ahead of the 14th edition of the league. The Rohit Sharma-led side equalled the Mahendra Singh Dhoni-led Chennai Super Kings’ record of winning consecutive titles and now chase a third straight title.