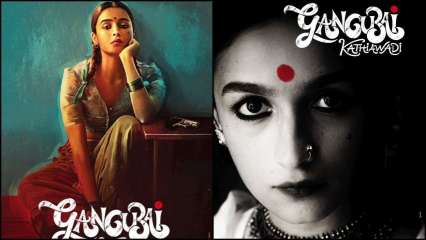 On the plea of petitioner Baburao Shah, the film Gangubai Kathiawadi’s actress Alia Bhatt, filmmaker Sanjay Leela Bhansali and writer of the film have been summoned by the Mumbai court. The court has asked all the above-mentioned to appear before it on May 21.

The petitioner Baburao Shah, who is the son of Gangubai Kathiawadi, has alleged that his family is being disreputed in the film, adding that it shows many wrong facts.

For the unversed, the film is based on a book written by Hussain Zaidi titled ‘Mafia Queens of Mumbai’.

Gangubai was a resident of Kathiawad in Gujarat, due to which she was called Gangubai Kathiawadi but her real name was Ganga Harjivandas Kathiawadi. At the age of 16, she fell in love with her father’s accountant and fled to Mumbai after marrying him. Gangubai who always wanted to become an actress and was a big fan of the likes Asha Parekh and Hema Malini couldn’t fulfil her dreams as her husband cheated on her and sold her to a brothel for Rs. 500.

According to Hussain’s book, a member of mafia don Karim Lala’s gang, raped Gangubai after which she met Karim Lala, demanded justice, and tied him a rakhi, making him her brother. Being the sister of Karim Lala, the power soon fell into the hands of Gangubai who went on to become one of the most successful female dons. Besides, she also ran a sex racket in the Hera Mandi red light area in Mumbai. Gangubai was an ardent supporter of her fellow females in the business and it is said that she never kept any girl in her brothel without their consent.

Talking about Gangubai Kathiawadi, Alia has left no stone unturned in getting into the skin of her character. She learned Hindi and Marathi cuss words too. Gangubai Katiawadi is slated to release on July 30, 2021. ‘Gangubai Kathiawadi’ was earlier scheduled to arrive in theatres on September 11 in 2020 but was delayed to the coronavirus pandemic.