Mahima Chaudhry opens up about her troubled marriage, reveals she had two miscarriages 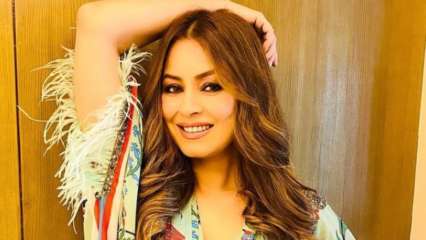 90s Bollywood star Mahima Chaudhry recently opened up about her life in a tell-all interview, like never before.

The actor, who made her debut in the Hindi film industry with the film ‘Pardes’ (1997), divulged details about her link-up rumours with actor Ajay Devgn months after the latter tied the knot with Kajol, the movies she lost out on among other things.

Mahima also touched upon the subject of her rocky marriage and disclosed that she, unfortunately, had two miscarriages when she was married to Bobby Mukherji.

For the unversed, Mahima and Bobby tied the knot in 2006 and called it quits with a divorce in 2013. She has a daughter, Ariana, with Bobby.

In the interview, Mahima hinted that she was in a troubled marriage.

Speaking with Bollywood Bubble, Mahima said that she refrained from sharing details of her marital troubles with her family and friends. “You obviously don’t tell your parents, you don’t tell your people because you feel ‘oh, this was one issue’ and then you stay back and then one more issue and then you stay back and then I also had a – I was also expecting another child and I had a miscarriage. And then I had another miscarriage, it was all because of you not being happy in that space. Every time I wanted to go out and do an event, go out and do a show, I used to come to drop my child at my mother’s home and then I stayed back two days and I used to feel I’m so much more comfortable here,” she explained.

Mahima said that back in the day divorce was considered a big thing but not anymore. She said it’s the reverse these days. “if you are uncomfortable, you make your family uncomfortable because they don’t know how to treat you when they come. They know you are at loggerheads with your partner…now, people are much more comfortable when you come out and tell them that this is not working out. Your family is finally more comfortable.”

Mahima also revealed that when she finally opened up about her troubled marriage to her mother, her mother was supportive. “She said, ‘I saw you struggling, I saw you up and down, and why are you beating yourself up? If it’s not, stay here for a while and see does it make you feel better,'” the actor said.

Mahima also said that her husband was not by her side during the difficult time.

Ever since Mahima has been a single mother to her daughter.