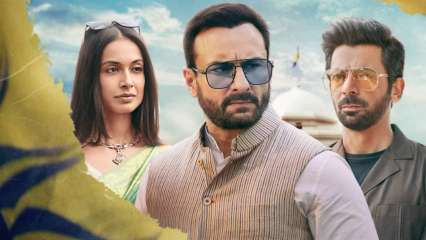 After ‘Tandav’ found itself in the middle of a controversy pool post allegations by a section of viewers that it hurt religious sentiments, now, Maharashtra Karni Sena chief Ajay Sengar has reacted to the whole controversy.

Expressing objection to the web series, Maharashtra Karni Sena Chief recently said, “We will give Rs 1 crore reward to anyone who slits tongues of those artists who insulted Hindu gods and goddesses in the web-series.”

He added that even though the ‘Tandav’ makers have apologised, the apology isn’t enough and it won’t be accepted.

For the unversed, an FIR was registered at Lucknow’s Hazratganj Kotwali against Amazon Prime’s India head of original content Aparna Purohit, Zafar, producer of the show Himanshu Krishna Mehra, writer Gaurav Solanki and others for allegedly hurting religious sentiments on January 18.

Then on January 19, Zafar that the cast and crew of the show has decided to implement changes in the Amazon Prime Video-based series in order to address the backlash against its content that has hurt religious sentiments of many viewers.

“The cast and crew of Tandav have made the decision to implement changes to the web series to address the concerns raised towards the same,” the statement further read.