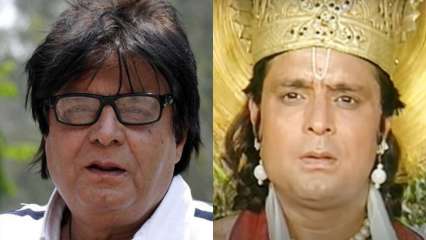 Veteran Hindi and Punjabi actor Satish Kaul, who featured in several films and television shows including ‘Mahabharat’, left for the heavenly abode on Saturday.

Reportedly, the actor died due to COVID-19 related complications in Ludhiana. He was 74.  Last year in May, the actor had sought financial help from the film industry as he was struggling with basic needs amid the lockdown.

Besides his film roles, Satish was popular for playing Lord Indra in B R Chopra’s Mahabharat. He also starred in the hit TV show Vikram Aur Betaal.

Satish leaves behind a vast body of work which includes over 300 films, out of which, he reportedly played the lead role in 85 feature films. The late actor was seen in some Bollywood films like ‘Karma’, ‘Prem Parbat’, ‘Warrant’, ‘Ram Lakhan’ and ‘Pyar To Hona Hi Tha’ among others.

As per media reports, Satish’s sister Satya Devi said that he was admitted to a city hospital in Ludhiana after he developed a fever six days ago. At the hospital, he was tested for COVID and the results turned out to be positive, she said.

Reportedly, Satish fractured his hip bone in 2015 and remained bedridden for two and a half years. He later stayed in an old age home till 2019, before moving into a rented house. However, his ill-health had taken a toll on him. But due to lack of finances, he couldn’t afford treatment.

That is when in 2019, Punjab Chief Minister Captain Amarinder Singh had helped the actor with Rs 5 lakh. “Wish iconic Punjabi actor Satish Kaul ji good health and recovery. Have released Rs 5 lakh for his medical treatment through DC Ludhiana. We stand committed to helping all those who have contributed to our state & it’s culture (sic),” his tweet read.

A graduate of the Film and Television Institute of India’s (FTII) 1969 batch, Satish Kaul was born on September 8, 1954, in Kashmir.

As per reports, Satish had shifted to Punjab from Mumbai where he started an acting school in 2011, which did not do well and was shut down.